Want to see comet Lovejoy through the naked eye? Here’s how 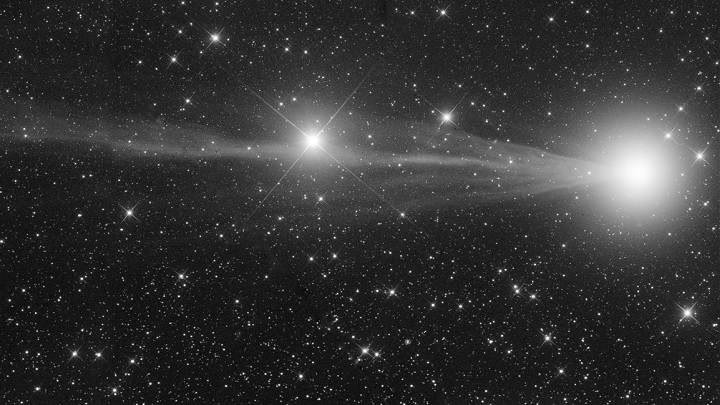 Comet Lovejoy is currently cruising past the Earth and it will be closest to our planet on January 7. Over the last days the green comet is being more and more visible and if you are one of those stargazers who don’t want to miss the chance of viewing Lovejoy, here’s what you can do.

Few things you need to keep in mind are Lovejoy’s path over the course of next few days, pollution levels from where you going to try and see the comet, the altitude of your location, and the instrument you have in your possession among other things.

Lovejoy will be passing near the constellation of Orion before making its way past the Taurus and Pleiades constellations as the month progresses. The comet is already visible close to the southern section of the constellation Lupus, also known as The Hare. Over the course of next few days, it should be visible more and more as it climbs higher in the sky.

If you are using a pair of standard 10×50 binoculars and the area from where you will be trying to get a glimpse of Lovejoy is moderately polluted, all you will be able to see is a faint, white smudge.

We recommend you head out to open fields in the outskirts of the city where there is less pollution – both vehicular emissions and light – and you will be able to see the comet with a bit of shape. If your surroundings are pretty dark, you might even pick out the green tint. However, to your naked eye it will appear grey.

Three days from now, i.e. January 5 the comet will have risen high enough in the sky such that it is visible as well as identifiable. It will be on the right of the brightest star in the constellation Orion, Rigel.

On January 7, it will be the closet to to Earth at a distance of 43.6 million miles (70.2 million km). On January 30, the comet will be closest to the sun before heading back out of the solar system.