Venus could have had carbon dioxide oceans in the past 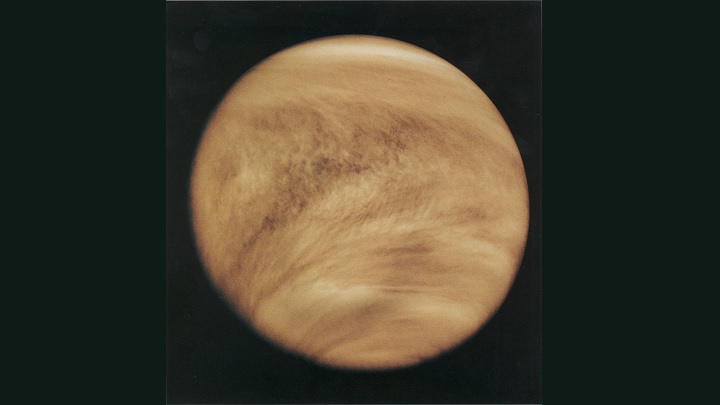 Scientists say that Venus could have been once covered with bizarre oceans of carbon dioxide and believe them to have played an important role in shaping the planet’s surface.

Such a supercritical fluid can have properties of both liquids and gases. For example, it can dissolve materials like a liquid, but flow like a gas.

In computer simulations of molecular activity, Bolmatov and his colleagues found that supercritical matter could shift dramatically from gas-like to liquid-like properties.

The atmospheric pressure on the surface of Venus is currently more than 90 times that of Earth, but in the early days of the planet, Venus’ surface pressure could have been dozens of times greater.

This could have lasted over a relatively long time period of 100 million to 200 million years. Under such conditions, supercritical carbon dioxide with liquid-like behaviour might have formed, Bolmatov said.

“This in turn makes it plausible that geological features on Venus like rift valleys, river-like beds, and plains are the fingerprints of near-surface activity of liquid-like supercritical carbon dioxide,” Bolmatov said.

The findings have been published in the Journal of Physical Chemistry Letters.