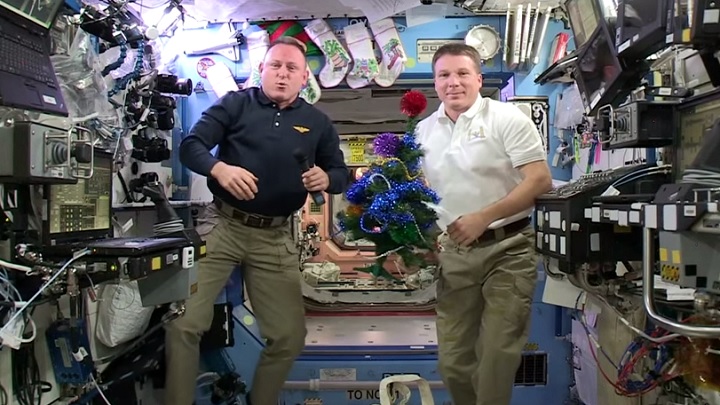 NASA has revealed that the crew aboard the International Space Station (ISS) orbiting the Earth celebrated New Year’s eve as many as 16 times.

“The year 2015 starts officially for the station crew at 7 p.m. EST Jan. 31, which is midnight by the Universal Time Clock (UTC), also known as Greenwich Mean Time (GMT), in London”, noted NASA in a blog post. “The crew is scheduled to be in its sleep shift, but may elect to stay up late since it has a day off planned for New Yearâs Day.”

Commander Barry “Butch” Wilmore and his crew spent the New Year’s eve working on a variety of experiments, ranging from those directed at better understanding changes that occur in the human eye during long-duration spaceflights, and with the Earth observations aimed at helping with disaster aid on the Earth’s surface.

The crew also continued preparations for the arrival of the next cargo supply ship, the commercial resupply mission of SpaceX-5 and the Dragon spacecraft.

The launch of Dragon on a Space-X Falcon 9 booster is planned for Jan 6 and it will rendezvous with the space station after two days.

Dragon is loaded with more than 3,700 pounds of scientific experiments, technology demonstrations and supplies, including critical materials to support 256 science and research investigations that will take place on the space station during ISS Expeditions 42 and 43.