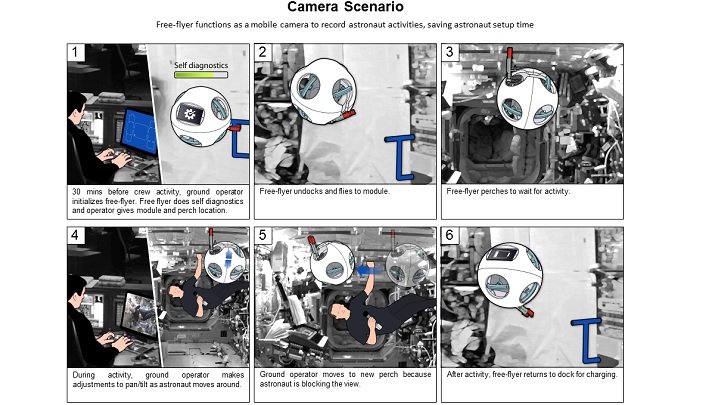 NASA has had a busy and successful year including achievements such as Orion’s test flight towards Mars and cutting-edge scientific discoveries through many different initiatives. We highlight some of the US space agency’s achievement in 2014 below.

“We continued to make great progress on our journey to Mars this year with successful completing the first flight of Orion – the next deep space spacecraft in which our astronauts will travel,” NASA administrator Charles Bolden said in a statement.

NASA achieved a major milestone in December on its journey to Mars as the agency’s Orion spacecraft completed its first voyage to space during a four-and-a-half-hour test flight.

Orion is part of NASA’s plan to develop new technologies and capabilities to send astronauts farther than ever before, first to an asteroid, and onward to the Red Planet.

In September, the agency had announced that US astronauts would travel to and from the International Space Station (ISS) from the US on American spacecraft under groundbreaking contracts worked by NASA’s Commercial Crew Programme.

The agency selected Boeing and SpaceX to transport US crews to and from the space station using their CST-100 and Crew Dragon spacecraft, respectively, with a goal of ending the nation’s sole reliance on Russia in 2017.

The Space Launch System (SLS) rocket, the most powerful ever built, moved from the concept phase to the development phase in 2014.

In July, NASA announced its Mars Rover 2020 which is based on the successful Curiosity rover.

Mars 2020 will carry instruments to conduct unprecedented science and exploration technology investigations on the Red Planet, including help with data for a human mission to Mars.

It has begun the study of the planet’s upper atmosphere as never done before.

The agency’s Curiosity rover continued this year to help refine our understanding of Mars.

In December, NASA announced Curiosity has measured a tenfold spike in methane in the atmosphere around it and detected other organic molecules in a rock-powder sample collected by the robotic laboratory’s drill.

Observations by Curiosity also indicate that Mount Sharp near the rover’s landing site was built by sediments deposited in a large lake bed over tens of millions of years.

NASA continues to advance the journey to Mars through progress on the Asteroid Redirect Mission (ARM), which will test a number of new capabilities needed for future human expeditions to deep space, including to Mars.

The US space agency has identified almost 12,000 Near Earth Objects to-date, including 96 percent of near Earth asteroids larger than one km in size.

NASA’s journey to Mars includes time aboard the International Space Station (ISS). The agency is using the space station to conduct cutting-edge research and technology development and to increase our knowledge about what it takes to live and work for long periods of time in space.

Scientific research aboard the space station reached new heights in 2014.

“We moved forward on our work to create quieter, greener airplanes and develop technologies to make air travel more efficient; and we advanced our study of our changing home planet, Earth, while increasing our understanding of others in our solar system and beyond,” the NASA chief concluded.