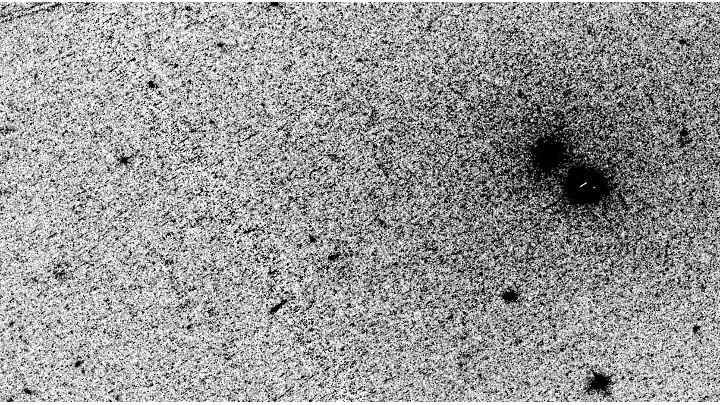 Astronomers have managed to find a tiny and isolated galaxy dubbed KKs3 neighbouring our Milky Way at a distance of almost 7 million light years. The discovery has been published in monthly notices of the Royal Astronomical Society.

The team, led by Prof Igor Karachentsev of the Special Astrophysical Observatory in Karachai-Cherkessia, Russia, found the new galaxy using the Hubble Space Telescope Advanced Camera for Surveys (ACS) in August 2014. Kks3 was located in the southern sky in the direction of the constellation of Hydrus and its stars have only one ten-thousandth of the mass of the Milky Way.

Kks3 was a “dwarf spheroidal” or dSph galaxy, lacking features like the spiral arms found in our own galaxy. These systems also have an absence of the raw materials (gas and dust) needed for new generations of stars to form, leaving behind older and fainter relics.

In almost every case, this raw material seems to have been stripped out by nearby massive galaxies like Andromeda, so the vast majority of dSph objects are found near much bigger companions.

The Milky Way, the Earth’s galaxy, has been part of a cluster of more than 50 galaxies that make up the “Local Group,” a collection that includes the famous Andromeda galaxy and many other far smaller objects.

Astronomers are particularly interested in finding dSph objects to understand galaxy formation in the universe in general, as even HST struggles to see them beyond the Local Group.