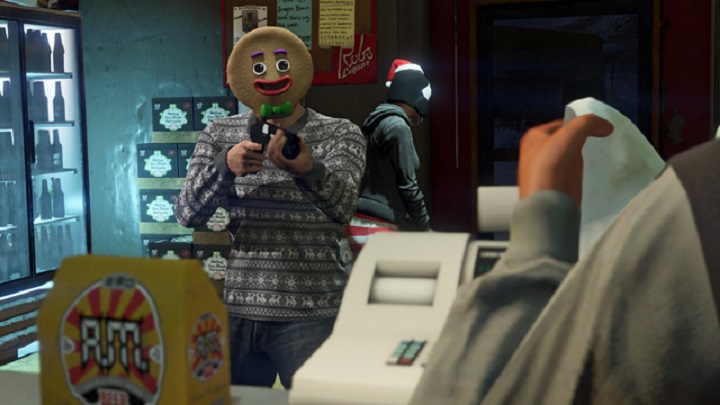 Rockstar has released an update for Grand Theft Auto V (GTA V) for all platforms to cater to the festive appetite of gamers with snowballs, Christmas-specific clothing, masks, four brand-new vehicles among other things.

First and foremost is the ability to engage in snowball fights. According to Rockstar, you won’t be able to gain access to snowballs all the time, but only on specific days when it’s snowy in San Andreas.

“Be on the lookout and ready to round up your Crew for a friendly snowball fight, but be forewarned, those icy little suckers can pack a wallop”, reads the post from Rockstar. You will be able to carry as many as 9 snowballs at one time and wing them at other people. To load up on snowballs, you will need to switch over to unarmed setting and press D-pad left button on your controller.

You will also gain access to a range of “holiday pajamas, âuglyâ Christmas sweaters, new scarves, hats, masks and more” for free, but you will need to keep in mind that you will be able to use them during the Christmas period only till Monday January 5th.

The update also packs four all-new vehicles and you will be able to purchase them and keep them beyond the holiday season permanently. These include the Hot Rod Christmas Ratloader, the sturdy Slam Van, and the fast and flashy Massacro and Jester sports cars.

Beyond this Rockstar also advises players to be on the lookout for Holiday Special Crate Drops that will pack goodies, Christmas Day goodies, Firework Launcher and Firework rocket ammo, among other things.