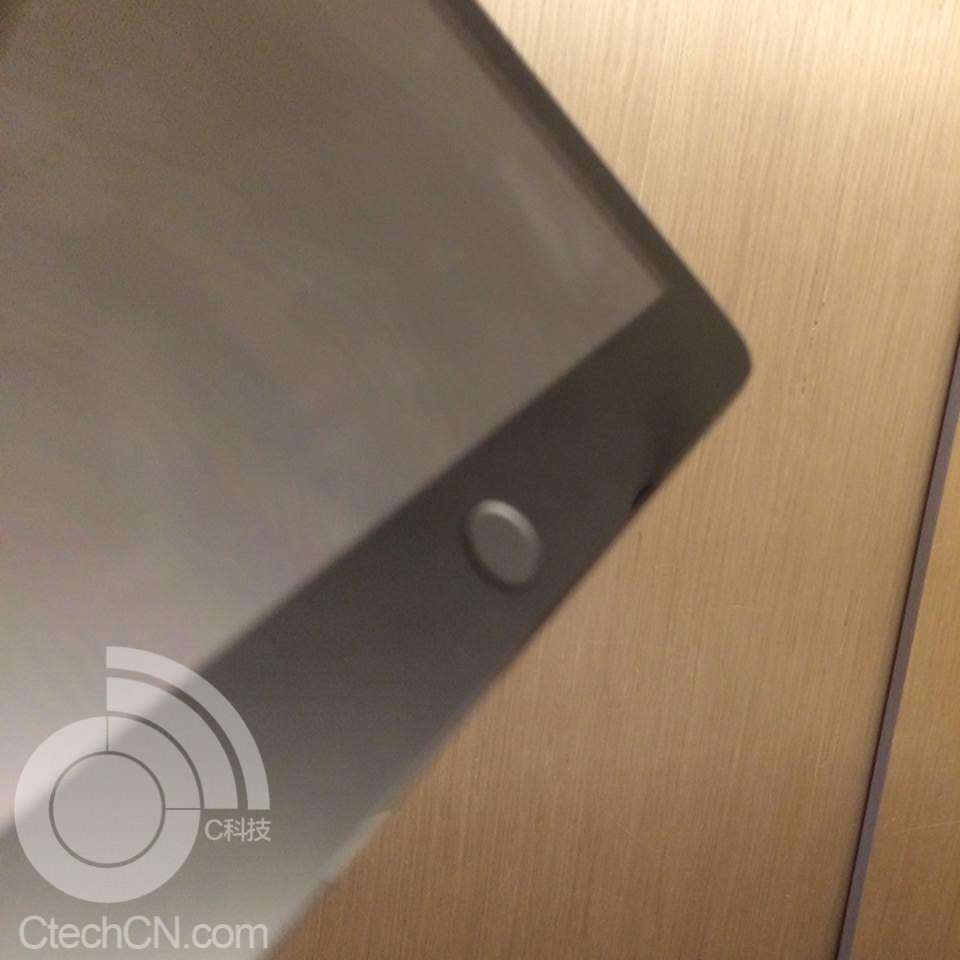 Apple is expected to unveil its iPad 5 sometime this month â probably October 22 â and a new leak indicates that the new iPad will feature TouchID fingerprint sensor technology.

We have come across rumours earlier signaling possible TouchID on iPad 5, but the latest one from CTechCN comes with a photographic evidence. However, the photo is not all that clear and doesnât show the entire iPad either.

Following the success of iPad Mini, we expect Apple to take a page out of the mini tabletâs design and dawn the iPad 5 with looks similar to its younger sibling. The iPad 5 is expected to be a lot more compact than the iPad 4 thanks to the less curvy back and narrower bezel.

Considering that Apple has been pushing iPads in enterprises lately, fitting TouchID in iPad 5 seems to be a logical choice which will accelerate enterprise adoption. It is also believed that iPad Mini 2 will also have a TouchID sensor, but we donât have photographic evidence thus far.

Apple is expected to hold an event on October 22 to unveil its iPad 5, iPad Mini 2, Mac OS X Mavericks and MacBook Pro Haswell refreshes. If Apple does hold an event on that day, it will gatecrash Nokia World 2013 event and the Microsoft Surface 2 public launch. When it comes to iPad rumours, no story is complete without the mention of 12-inch and 13-inch iPads. According to upstream supply chain, Apple is testing iPads of different sizes and is reportedly working with Quanta for next yearâs launch.