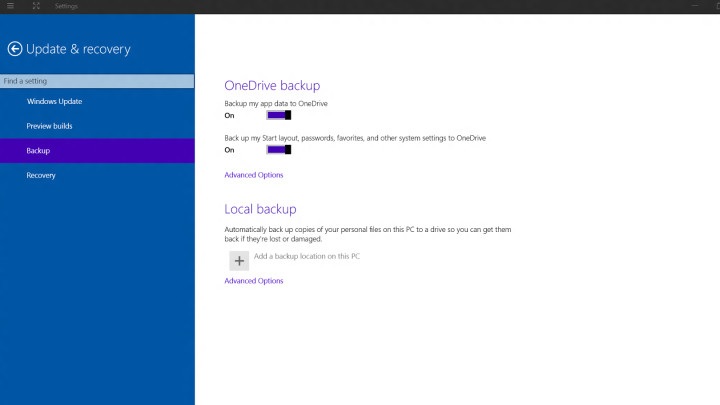 First up its the almost confirmed Cortana for Windows 10 that is being shown as residing at the top of the Windows 10 search interface. Cortana will provide you with access to your notebook, reminders and other features – something that has been directly borrowed from Windows Phone feature set.

Next up its the Xbox app that will provide you with a complete Xbox experience including ability to see your friends list, achievements, activity feed and the Xbox store.

Bifurcation of Settings and Control Panel in Windows 8/8.1 has been one of the major pain areas and Microsoft has seemingly culled that as the Settings screen in the latest build looks like the more traditional Control Panel we are used to.

The latest build also hints at how One Drive will now store app data alongside images, movies, and documents – a move that will bring Microsoft towards offering more cheaper Windows 10 laptops by doing away with requirement of larger on board storage.