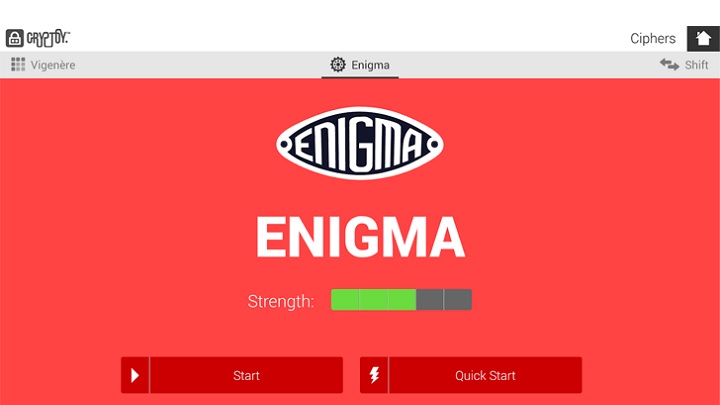 Dubbed Cryptoy, the new code-breaking Android app lets users know about basic encryption techniques including shift, substitution, VigenÃ¨re and Enigma, learn about their history, and create their own encoded messages, which can be shared with friends via social media or email. Recipients can use the app to try and decipher the hidden message as well.

The app, which is mainly aimed at Key Stage 4 students in the UK those aged between 14 and 16 years old, can be used by anyone who wishes to learn the technique of cryptography. The app was originally developed by students on a yearâs placement at GCHQ, for the Cheltenham Science Festival.

The appâs launch comes as a part of GCHQâs commitment to encourage more children to take up STEM subjects â science, technology, engineering and maths â at GCSE level and beyond.

âBuilding maths and cyber skills in the younger generation is essential for maintaining the cyber security of the UK and growing a vibrant digital economy. That is why I am keen for GCHQ to give something back through its work with school and universities,â said Robert Hannigan, GCHQâs director.

âIn particular, the Cryptoy app is a colourful, interactive way for students and their teachers to explore the fascinating world of cryptography. The app was developed by GCHQâs industrial placement students and trialled at a number of science fairs. I hope it will inspire further study of this key topic, which has played such an important part in our past and is an invaluable part of our future.â

The free Cryptoy app is currently available for download on Android tablets from Google Play or through the GCHQ website, with an iPad version scheduled to be available in 2015.