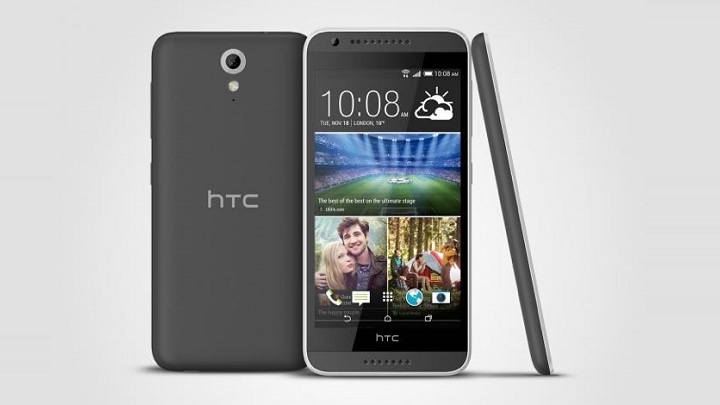 HTC has officially announced the latest in its Desire range of smartphones – the HTC Desire 620 – for the UK.

Thereâs an 8-megapixel rear snapper and a 5-megapixel front-facing shooter for selfies on board. The handset is powered by a Li-Po 2,100 mAh battery unit which is removable and replaceable, unlike most of HTCâs flagship phones. The Desire 620 will feature the same plastic build and two-tone color scheme as its predecessor.

On the software side, the smartphone runs on Android 4.4.4 KitKat out of the box, along with HTC Sense UI on top of it. However, there is no information is Android Lollipop update is in pipeline. Apart from supporting the standard connectivity options, the Desire 620 supports 4G LTE and NFC.

The handset will be available from Carphone Warehouse, EE, O2, Three and other retailers in the UK early next year with a choice of Santorini White, Tuxedo Grey and Saffron Grey color options. There is currently no word on pricing details for the HTC Desire 620.