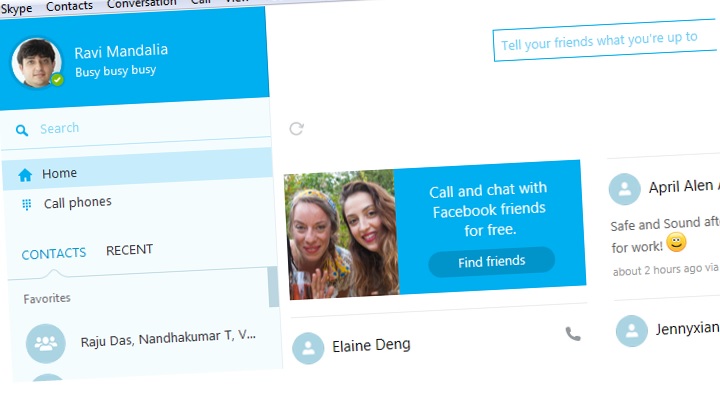 Microsoft has updated Skype for Windows 7.0 with new features including a more touch-friendly interface and several others not present in the original preview build.

Microsoft said it had added a new compact view to its final version of Skype 7 in response to the feedback from users. The final release adds two new compact view options and support for touchscreen displays.

With touch-interface, users can easily scroll, call and browse using their fingers. The new version also increases the spacing between contacts and chats, and offers message previews for unread chats to make following multiple conversations simpler.

In the preview version, Skype chats dominated the available white space, with large emoticons taking up much of the screen. Taking note of the problem in the latest update, Microsoft has added two new compact views to shrink the program down to a more manageable size.

In addition, the software giant has also made Skype video calls interoperable with Lync thereby allowing users to place cross-app calls to their friends, family and co-workers. Microsoftâs latest move is a part of the companyâs aim to eventually replace Lync with Skype. As a milestone on this path, Microsoft announced earlier that it was going to wind down the Lync branding and instead replace it with Skype for Business.