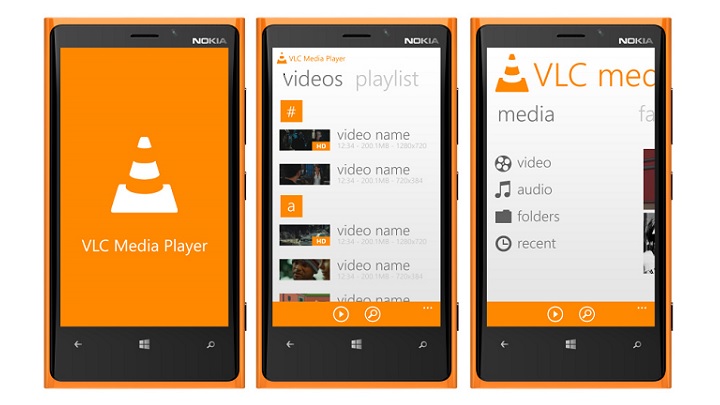 VLC media player has finally landed on Windows Phone 8.1 in beta and users who have registered earlier expressing their willingness to lend a hand in testing the media player can head onto the link at the bottom of the article to download it manually.

The release announcement came from Thomas Nigro – a VLC developer in the form of a tweet a couple of days back. “VLC Beta in available in the Windows Phone Store for those who registered!” wrote Thomas.

VLC for WP is still in beta and according to VideoLAN team, the media player is quite rough and buggy and some feature are still not working – primary among them being ability to play music in background.

“Don’t forget: this is a BETA. That’s why we need you to report bugs and tell us what you like/dislike. Thanks a lot”, tweeted Thomas.

“Reminder: background audio is NOT working for now. It is ‘normal’. It’s still a work in progress on this part.” he added.

According to users of VLC, the media player is by far the best one to have installed on your device for stored videos. With VLC’s market share shrinking owing to spawning of online streaming services, releasing mobile version of the media player is just about the right thing to do as of now.

In other VLC news, VideoLAN has also announced release of VLC for Android version 1.0.0 and is inviting testers to test out the app.

You can download VLC for WP beta from here. We would like to remind you that it is only available to users who registered for it earlier.