Mozilla Firefox for iOS confirmed, but no definite timeline provided 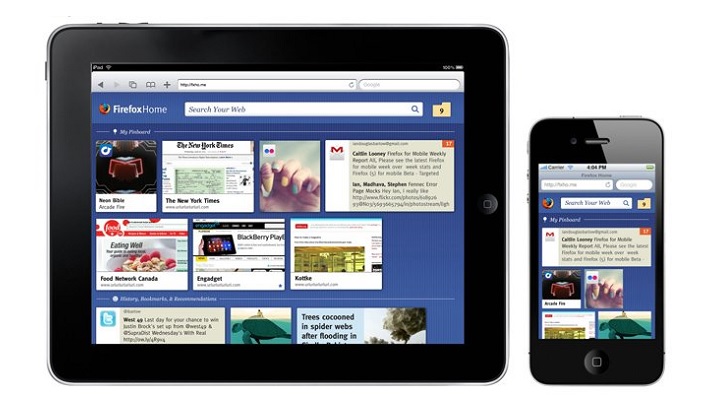 After years of categorically denying Firefox for iOS, Mozilla has changed its stance and recognizes the need for Firefox on iOS owing to users’ direction and demands.

The change in mindset was reflected at an internal Mozilla event held at Portland in US where the organisation talked about releasing a browser for the iOS notes TechCrunch.

Firefox release manager Lukas Blakk confirmed the stance by tweeting: “We need to be where our users are so we’re going to get Firefox on iOS”.

Mozilla has been refraining from developing Firefox for iOS owing to Apple’s restrictive requirements on use of rendering engines and JavaScript. Apple’s policies force web browser developers to use Cupertino’s rendering engines, which doesn’t bode well with Mozilla.

Declining userbase in the desktop market – thanks to release of Google Chrome – and the potential of garnering millions of users are the two primary reasons why Mozilla could have been forced to change stance regarding Firefox on iOS.

We are not sure how Mozilla will go about developing Firefox for iOS, but one thing is for sure that it would be required to use what Apple allows it to. One thing that would go down well is Apple’s recent changes to WebKit for iOS 8 – something that allow for same level of performance of browser across the board be it Safari, Chrome or some other browser.

Mozilla may see a potential for huge number of users through an iOS port, but Apple’s restrictions on setting a default web browser other than Safari could be a hurdle. However, given that features such as bookmark and password syncing, Firefox accounts can work on Firefox for iOS, Mozilla does have an edge over Safari in terms of user friendliness.

With users adopting a number of devices for their day to day computing, entertainment and connectivity needs, Mozilla does have a head start as compared to quite a few other browsers owing to its presence on smartphones, tablets and PCs and this could work for the organization when it releases Firefox of iOS.

We are yet to receive a confirmation regarding a definite or approximate timeline for release of the browser for iOS.