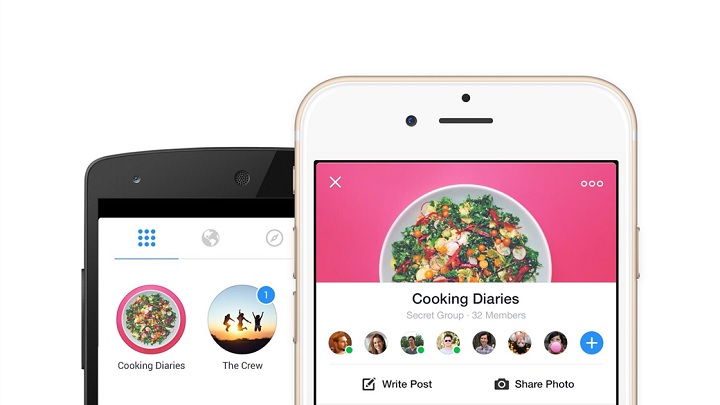 Facebook on Tuesday announced it has rolled out a standalone Groups app that will let people share faster and easily with all their groups.

The social networking giant claims the new app will serve over 700 million users who use the Groups feature available on its core app every month to communicate and share photos and videos with one another.

“People use Facebook Groups every day to stay in touch with family, collaborate on projects, plan trips and offer support to friends,” Shirley Sun, Facebook product manager, noted in a blog post.

“We built this app with the people who use Groups the most in mind…. You can still use Facebook Groups in the main Facebook app and on desktop, and over time we’ll continue to make those experiences faster and better, too.”

The new app will let users use the Groups feature on a mobile device without having to dig through the core Facebook app. It lets people quickly create, join, navigate and manage their existing groups or discover new ones, based on the groups and pages they have already joined, their location and what groups their friends participate in.

Users can easily start a new group by simply tapping on the Create link at the top. The app will show up all of usersâ Facebook Groups in one list with the most popular groups listed at the top.

The free new app, built out of Facebook Creative Labs, is currently available for download for iOS and Android devices starting Tuesday.