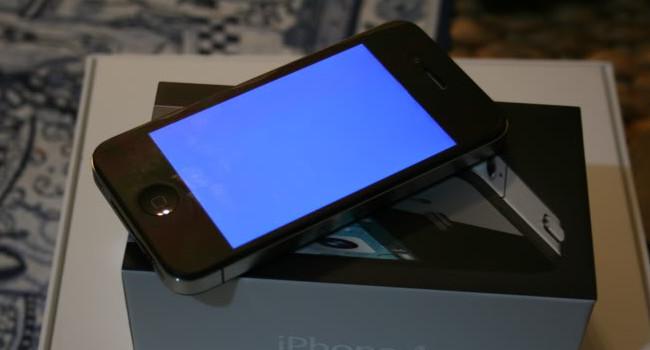 Strange as it may seem, Apple has inadvertently incorporated one of the most dreaded features of Windows operating system â Blue Screen of Death (BSOD) â in iPhone 5S.

Users have been flocking to various online forums as well as Apple Discussions (here and here) to report the BSOD issues and asking for resolution. The issue is not limited to iPhone 5S handsets and quite a few iPhone 4 users have also reported similar BSODs and random reboots.

The issue is likely linked with Appleâs iWork that comes free with the iPhone 5S. However, as iPhone 4 users have also reported similar issues it seems that multitasking under iOS 7 seems to be the culprit. Videos of iPhones rebooting after BSODs indicate that multitasking between the apps trigger such a behavior.

The workaround, according to The Verge, âto alleviate the iWork-related reboots is to disable iCloud syncing for Apple’s Pages, Keynote, and Numbers apps.â

Apple hasnât commented on the issue thus far and we will update this post as soon as we hear something.