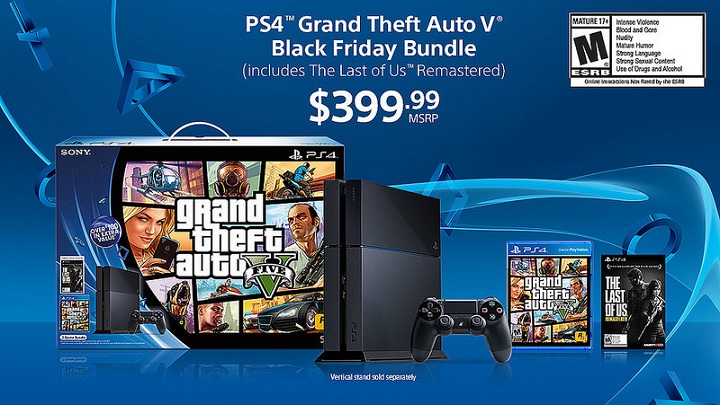 The Grand Theft Auto V PS4 bundle that includes The Last of Us: Remastered is probably the best bundle out of the two considering that gamers have been waiting for the release of GTA V on the latest consoles for quite some time now.

Priced at $399.99, the GTA V PS4 bundle will get you a 500GB PS4, a physical copy of GTA 5 and a digital download voucher for The Last of Us: Remastered. The bundle is definitely impressive for a couple of things: first the price – for $399.99 you normally get just the PS4 console and secondly, the deal includes GTA V – the game which is making its PS4 debut this week.

“Good news for all those who have already spent countless hours exploring everything Grand Theft Auto Online has to offer on PS3 or Xbox 360 â with Grand Theft Auto V on PS4, you can transfer your existing GTA Online characters and progress to your PS4 so you donât have to start over”, Sony announced.

The other bundle – LEGO Batman 3: Beyond Gotham and LittleBigPlanet 3 PS4 bundle isn’t bad either as it is also priced at $399.99.

Sony concludes the announcement with a note that it is anticipating a huge rush and demand for these bundles on Black Friday and urges eager fans to inquire with their local and online retailers to ensure that they don’t miss out on the opportunity.

The heads-up about limited stock from Sony may be appreciated, but we anticipate major retailers to announce bundles of their own for Black Friday deals, which will include games like GTA V, Call of Duty: Advanced Warfare, Far Cry among others.