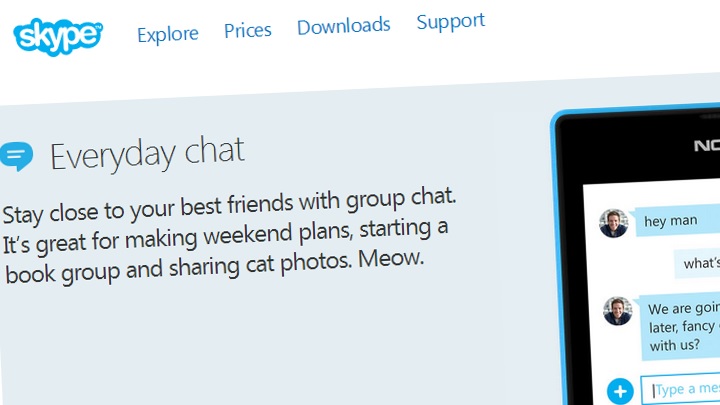 Microsoft on Friday started rolling out a beta version of Skype for Web that will let people use the video and voice calling service across major web browsers on Windows and Mac operating systems without the need of installing a dedicated app.

The new Skype web version will allow the users to sign in and use the video and voice calling service on an unfamiliar or public computer, without having the need to install the native Skype app.

The new version will support Internet Explorer 10 or newer, the latest versions of Firefox and Chrome, and on OS X, Safari 6 or newer. Chromebook users will be able to use Skype for Web for instant messaging, but not yet for voice and video as the plugin for them hasnât been configured yet.

Microsoft has confirmed that users will currently need to install one small plug-in in order to use the Skype for Web beta. However, Redmond clarified that it would eventually implement Real-Time Communications (RTC) technology that will eliminate the need to download anything in order to use the service.

“Itâs perfect if you prefer using the web rather than an app,” Skype product marketing manager Jonathan Watson noted on the Skype blog.

“Perhaps youâre sitting at a computer that doesnât already have Skype downloaded. Or maybe youâre on the go and using an internet cafÃ© or hotel computer whilst on vacation where you canât download Skype at all. Using Skype for Web makes it more convenient to get to your conversations.”

Skype for Web will be made available only to a small number of existing and new users within the next few weeks, while a worldwide roll out will follow in the coming months.