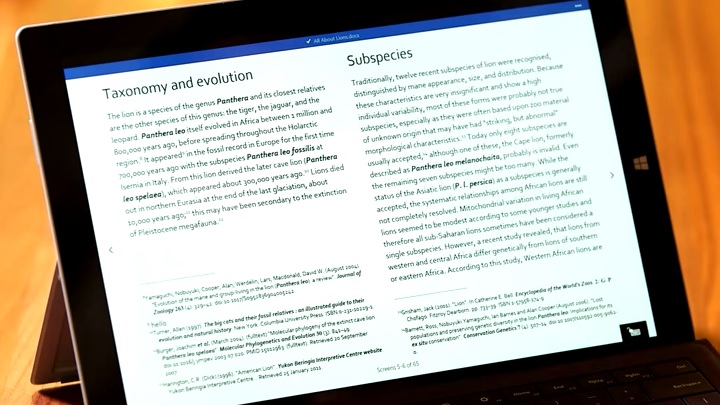 Microsoft Office Touch apps have been rumoured since over a year and earlier this year at Build 2014 conference Redmond provided us a confirmation that indeed the touch-optimised Office suite is in the works. Now Microsoft has confirmed that Office Touch apps are already in the works and they will be released once Windows 10 is generally available.

“Our vision of Office everywhere wouldnât be complete without Windows, so Iâm pleased to confirm that new, touch-optimized Office apps for Windows 10 are in the works and weâll have more to share soon”, said John Case – Corporate Vice President, Microsoft Office.

Details on touch-optimised Office apps are still awaited, but from what we have already seen they won’t differ from the desktop version of the apps as far as looks is concerned, but from the functionality standpoint, they will be designed and tailored such that users are offered a rich and compromise-free experience even on tablets and hybrid devices including Surface Pro.

The announcement about Office Touch apps for Windows 10 comes as part of another announcement where Microsoft unveiled its Office for Android tablet preview.

Case also revealed that Office for iPad apps have been downloaded more than 40 million times, but he didn’t reveal the individual download counts of each of the apps. You can check out Office Touch apps in the video above.