Top 9 Android 5.0 Lollipop features that will compel you to upgrade 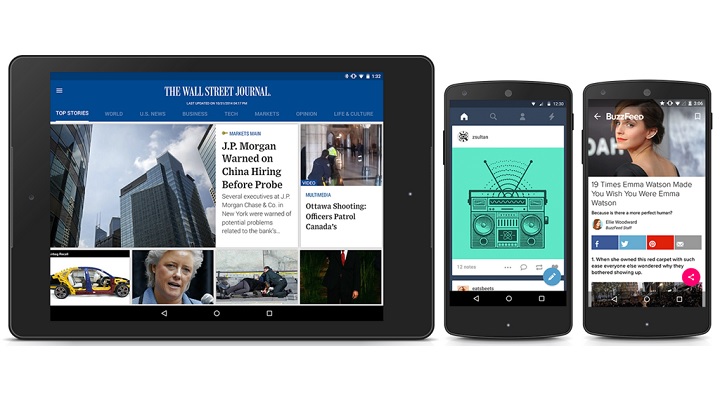 Android 5.0 Lollipop is the latest iteration and member of the Android family of mobile operating system and it is by far the biggest upgrade so far. Full-fledged experience of Android 5.0 would only be enjoyed by users owning handsets powered by stock Android, but having said that we expect device manufacturers and OEMs to extend those features to their users sometime in future.

Here we list down the top 10 features that will compel you to upgrade to Android 5.0 Lollipop if you haven’t thought about it already.

Battery life is one of the most annoying issues in Android and to address this Google has packed quite a few things in Android L. First its the Project Volta that intends to boost battery life. Next is the task scheduler API that checks on apps waking up your device and the tasks are now scheduled in groups or at opportune moments like when your phone is charging.

Further, Google has also included the battery historian app that provides users with detailed analysis of battery usage enabling users to find out those rogue apps that are drinking up that precious battery juice. Custom ROM users will be familiar with battery saver mode and with Android 5.0, Google has included one natively. Further, the latest Android also packs ART runtime that will contribute towards improved battery efficiency.

With Android KitKat, Google had curtailed the ability to freely use SD Card, but that has changed with Android 5.0. Developers can now design and develop their apps in such as a way that they can read and write directly to directories on removable storage, even the ones that they donât own (as long as the user allows that action).

Developers can add permission criteria for their apps wherein they can ask users for permission to access folders on SD card. Developers have the choice to either access the entire SD Card or a particular folder.

Google has provided a breath of fresh air with its Android 5.0 Lollipop changing everything about its mobile operating system. Users will find new animations, icons, bright rich colors, navigation keys, recent apps panel and lot more – things that have been changed for good.

One great thing about this is that Google has extended this design aspect to all stock apps thereby providing users with a unified and enhanced user experience. Further, most other popular apps on Play Store have also been blessed with the Material design thereby making the experience of these apps richer and better.

This could be dubbed as the best feature of Android 5.0 Lollipop as it is a move in the right direction that does away with the impression of Android being an insecure platform.

By default, all data on Android 5.0 Lollipop will be encrypted thereby thwarting any surveillance. Users will be required to enter a password if they want to perform a factory reset on their phone or tablet.

Further, Google has also implemented the SELinux Enforcing mode for all apps.

Lock screen is something that Google has worked on from the security point of view. To take away the requirement of unlocking the device every time, Android L has a provision of unlocking the screen automatically, if it finds a trusted Bluetooth device nearby. Further, users can also configure certain notifications that will be accessible even via lock-screen thereby doing away with unlocking the phone or tablet every few minutes.

Notifications have been modified such that they now look like Google Now cards and as noted above, you can configure a few notifications on your lock screen as well. Android 5.0 Lollipop will allow users to individually configure which apps trigger notifications and which don’t.

Swiping down the notification panel will provide you with quick settings – something that is a welcome change – where you will find dedicated button to change your Priority and Interruption settings.

There is this Priority mode that can activated using the volume rocker and within this you can decide between block, priority, or sensitive categories. If you have selected sensitive notifications, it won’t show on lock scree and if you set it as priority, you will get notifications.

Google has modified its recent Apps panel to a great extent. First you can decide whether you want Google Chrome tabs listed like apps in the recent task panel. Secondly, Google Now search bar persists in the recent apps panel even after reboot.

Google Now is now a lot more accessible right from all home-screens and Nexus 6 and Nexus 9 users will find that the ‘OK Google’ hot keyword will work even when the screen is off. The recent apps panel also features Google Now search bar on top.

Google has provided support for NFC based setup wherein if you have two devices with NFC, you can simply hold them together and mirror everything including apps, data, settings, home screen icons, widgets, etc. using Bluetooth.

If you don’t have two devices, there are more conventional ways like signing-in using your Google Account where you get the option of choose from which device to restore from. This saves a lot of time for those owning multiple devices and those who wish to have similar settings, apps and widgets across these devices.

Guest mode is another new feature in the Android 5.0 Lollipop that provides you the option of conveniently sharing your smartphone / Tablet with anyone without the risk of prying on private data. You even have the option of creating separate accounts for different family members – each with a name, settings, passwords and even bookmarks.