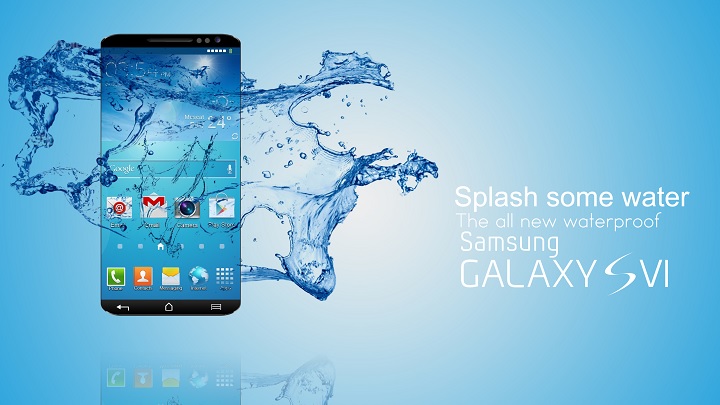 Samsung is rumoured to be gearing up for more mobile device launches and according to fresh rumours the company is already working on its next flagship smartphone – the Galaxy S6.

Mydrivers.com claims that the Galaxy S6 is expected to go official at the MWC 2014 tech show similar to the Galaxy S5 this year. The smartphone is believed to feature a 5.3 inch 4K Super AMOLED display with a resolution of 2160Ã3840 pixels. This appears to be a significant upgrade as compared to the 5.1 inch Super AMOLED screen with FHD 1080p resolution in its predecessor.

In addition, the Galaxy S6 is likely to arrive with the next generation 64 bit Qualcomm Snapdragon 810 processor that is to be teamed up with 4 GB of RAM. There are other media reports suggesting the incorporation of the next generation Exynos chipset for the 2015 model. It is not a surprise for Samsung to launch two variants of its flagship devices.

The reports adds on that the next flagship device would also arrive with an iris scanning feature that was rumored to announced with the Galaxy S5 and Galaxy Note 4 as well. Other aspects of the Galaxy S6 smartphone are claimed to be full metal chassis as in the A lineup of devices, Android 5.0 Lollipop with updated TouchWiz UI and a 20 MP primary snapper with Optical Image Stabilization.

It has to be noted that Samsung was able to outsell the other vendors with its large screen devices with top shelf specifications. But, with the launch of the iPhone 6 and iPhone 6 Plus with large displays, Samsung is definitely in trouble. It started showing off as the Galaxy S5 received an unexpected low response by the consumers.

Nevertheless, Samsung has to take over the consumers with the inclusion of striking and exceptional features in the Galaxy S6.