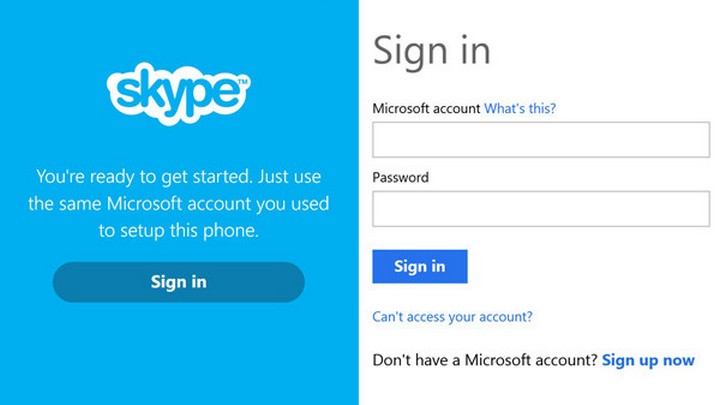 Skype Windows Phone version has been updated to include a host of new features and performance improvements including a new drawing tool, automatic, better support for HD screens, Microsoft account sign-in and faster app resume times.

The latest Skype 2.24 update for both Windows Phone 8 and Windows Phone 8.1 adds a new drawing tool that will let users draw and send their creations to friends and other users.

The drawing feature can be used by tapping the + icon in chat and selecting âdrawing.â Users can start from scratch or even add messages to existing pictures. The feature can also be used to annotate Bing maps.

“We always want to help you access your conversations as quickly as possible, so we’ve worked hard to make the Windows Phone 8.1 app resume even faster,” Lara Kingwell from Skype wrote in a blog post.

There is no word from Microsoft yet as when the latest Skype features will be made available on its app for iOS or Android.