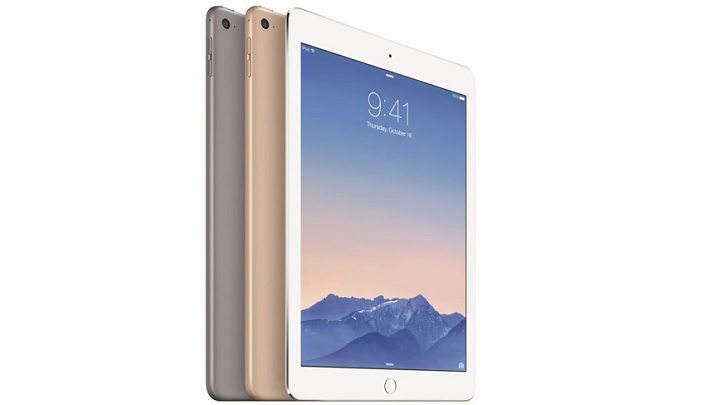 Apple has announced two new iPads as expected dubbed iPad Air 2 and iPad mini 3 at an event in California both featuring the Touch ID fingerprint sensor.

Both the devices will be available in silver, space grey and gold colour options and in 16GB, 64GB, and 128GB storage options. Preloaded with iOS 8.1, the tablets will feature Continuity features across iOS 8 and OS X Yosemite that enable Apple products to work together seamlessly.

The iPad Air 2âs screen has an anti-reflective coating, and is powered by the new Apple-designed A8X chip which helps to provide âconsole-level graphics,â and delivers up to 10-hour battery life. The tablet also comes with 8MP camera capable of recording 1080p video and takes 43MP panoramic photos. Itâs worth mentioning that iPad Air 2 also delivers faster connectivity with 802.11ac Wi-Fi with Multiple-In-Multiple-Out technology.

While the iPad mini 3 tablet has a 7.9-inch display and is equipped with a 5MP iSight camera, 1080 HD video recording and Touch ID.

iPad Air 2 and iPad mini 3 will be up for pre-orders in 29 countries and territories beginning today and global availability including India in coming few months. Furthermore, Apple has also slashed the prices of some older iPad models.