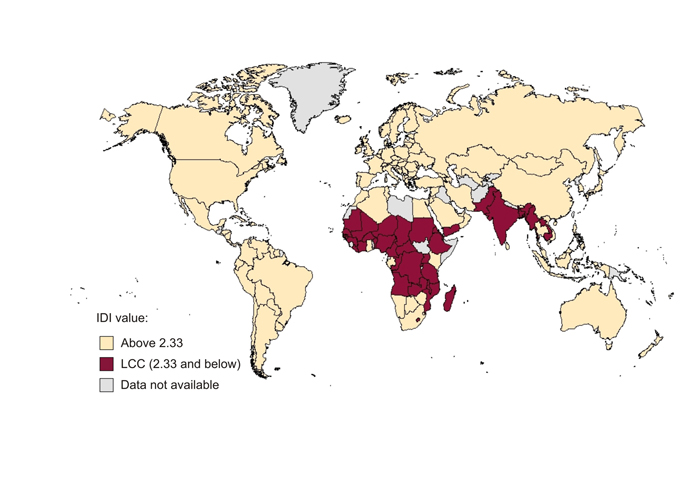 UN’s International Telecommunication Union (ITU) recently released its annual report âMeasuring the Information Society 2013â which indicates that by the end of 2013 around 40 percent of the globe will connect with internet while 4.4 billion people across the globe will still remain unconnected.

Last year, around 250 million more people began using internet and as per ITU latest estimations 2.7 billion people will have access to the web by the end of this year.

Internet-connected mobile devices have helped boost web access. By 2013 end, there will be around total 6.8 billion mobile-cellular subscriptions â the number being the same as the population of the planet claims ITU.

The countries which have contributed the most in web access growth includes the United Arab Emirates which stood last year at 33rd place and is now at the 12th spot, Lebanon which jumped to 9th spot from last yearâs 52nd spot and Barbados which climbed to 7th spot from 29th spot.

The Republic of Korea has been spotted at the first place followed by Sweden, Finland, the Netherlands, and the UK. Australia, the US, Canada, Germany and Switzerland are among the top ten countries.

The Seychelles, Mongolia, Zambia, Costa Rica and Belarus are the regions included in the “most improved” list. However, Africa and some parts of the Middle East are still struggling.

In a press release, Dr Hamadoun I. TourÃ©, Secretary-General ITU, has said that “This year’s IDI (ICT Development Index) figures show much reason for optimism, with governments clearly prioritizing ICTs as a major lever of socio-economic growth, resulting in better access and lower prices.â

Some of the other highlights of the report are 30% of the worldâs young population are âdigital nativesâ, and Broadband is getting faster; 2Mbps now most popular basic package.