Samsung’s Galaxy A3, A5 to sport non-removable back covers? 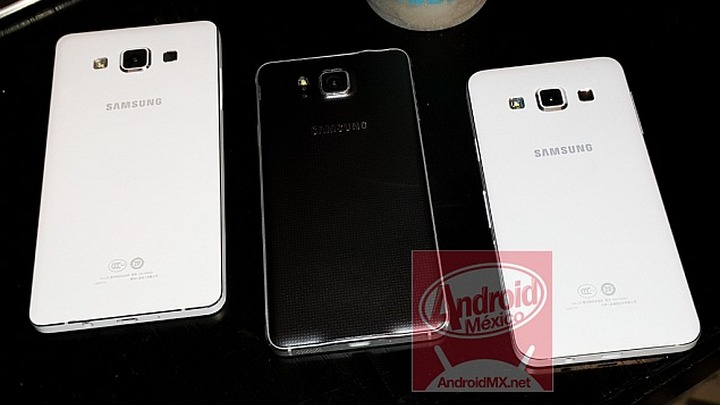 Alleged images of Samsungâs upcoming Galaxy A-series smartphones â A3 and A5 have been spotted online in Mexico, which suggest that the smartphones are likely to come with non-removable back-covers unlike Galaxy Alpha featuring an aluminium unibody with chamfered edges.

As per rumours, the Samsung Galaxy A5 will feature a 5-inch 720p display, a quad-core Snadragon 400 SoC, 2GB of RAM and 16GB of internal storage with a possible expansion via microSD card along.

The Galaxy A3 is rumoured to have a 4.5-inch AMOLED display boasting a display density of 960 x 540 pixels, 1GB of RAM, 8GB inbuilt storage, expandable up to 64GB (via microSD card), an 8-megapixel rear camera and a 5-megapixel front camera.

The Galaxy A5 and Galaxy A3 are expected to fall under the $400 to $450 and $350 to $400 price brackets respectively and are likely to be unveiled in the coming few weeks.

Samsung is also rumoured to be working on a third Galaxy A-series smartphone dubbed the Galaxy A7 which is expected to be priced between $450 and $500.