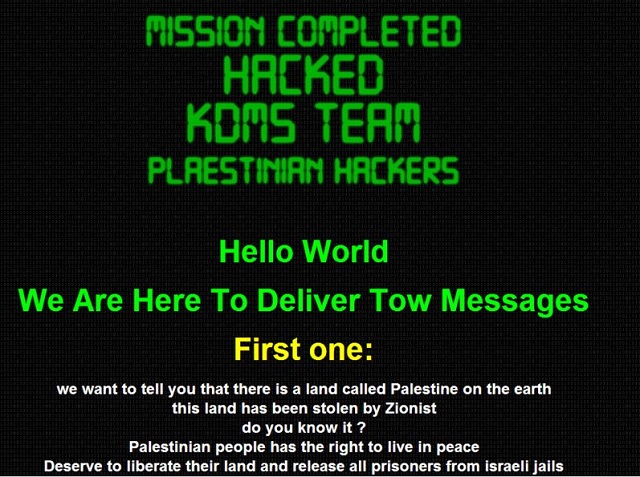 [08/10/2013 18:55 GMT]
According to latest reports, it seems that DNS hijacking was indeed the culprit which led to defacement of both the sites. Hackers would have likely exploited some security vulnerabilities on the Network Solutions to alter DNS records and unauthorized control of AVG, Whatsapp domain names.

It has also come to light that along with AVG and Whatsapp, Avira also got its website defaced following a similar hack.

Both AVG and Avira have confirmed disruptions in their DNS services.

The group calling itself âKDMS Teamâ defaced AVG.com website and left a message that starts off with the words âMISSION COMPLETEDâ. The entire message has been written in terrible English and from the words âWe Are Here To Deliver Tow Messagesâ it seems that the KDMS team has two things to convey through this hack. First is in favour of Palestine and the alleged land grabbing by Zionist. The second one claims that there is nothing as âfull security.â

Around the same time the hacking collective took down whatsapp.com as well and posted a similar message on its home page. It may be possible that KDMS team may have changed the DNS records of both the websites and redirected everyone traffic to their own IP addresses during and following the hack. Whats.app is not reachable as of this writing and it seems the company is trying to fix the hack and get everything in line.

There has been no official communication from either companies regarding the hack and we hope that no customer details have been compromised.