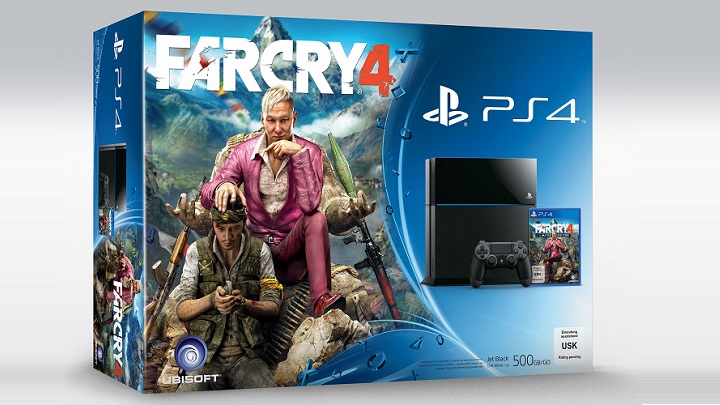 Ubisoft has announced its upcoming open world action adventure title, Far Cry 4, will be made available in two official PS4 bundles when it launches in Europe.

Both Far Cry 4 PS4 traditional black and new crystal white bundles will include a special edition copy of the game boxed alongside a new, 500GB PlayStation and a DualShock 4 controller. The two bundles will differ only in terms of the console and controller color schemes.

The Far Cry 4 PS4 bundles will launch alongside the standalone game which will be released on PS4, Xbox One, PS3, Xbox 360 and PC on November 18. Official pricing details for the bundle deal has not been disclosed. However it is expected that the bundles could be availed at a cost around Â£384.99 each.

In addition to the two new bundles, Ubisoft and Sony are also offering an exclusive multiplayer sharing feature for PlayStation fans. As part of the new feature, PS3 and PS4 Far Cry 4 players who have a PlayStation Plus subscription ($50/year) will be offered ten invitations that they can send to PlayStation Network friends to play a free trial of the game’s online co-op mode.