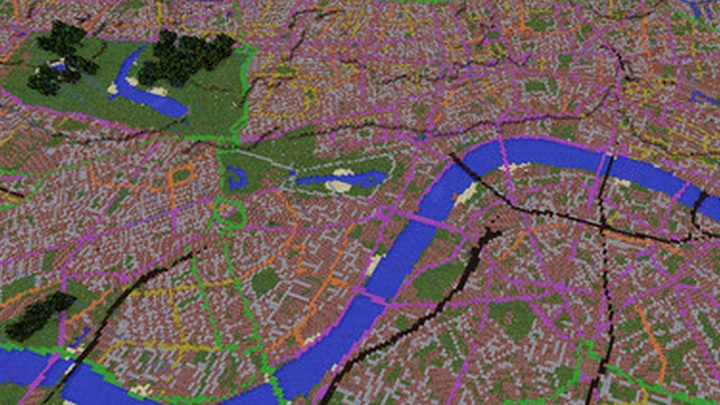 Ordnance Survey, the national mapping agency for Great Britain, and one of the worldâs largest producers of maps, has come out with a new map of Great Britain in Minecraft, which is being lauded for its detailing.

Built by an intern Joseph Braybrook in over two weeks in September 2013, the original GB Minecraft world contained around 22 billion blocks in a Lego-like digital environment. It has already been downloaded more than 100,000 times. The latest map that is creating ripples among gamers will be made available for download free-of-charge for users.

Now in a full-time job with the mapping outfit through a graduate recruitment scheme, Braybrook himself has recreated the same 224,000 sq. km (86,000 sq. miles) of Britain using actual geographical data and 83 billion blocks. With each block now representing 25m of the real-world, the map now includes local roads, railways and buildings down to individual-houses.

The OS map products â OS Terrain 50 and OS VectorMap â are pooled together to generate a 3D model of the earth surface overlaid with features such as water, woodland and roads. Players can build their own structures including real-life features like the Stonehenge, or fictional buildings like the Hogwarts castle atop the realistic terrain.

Minecraft gained a lot of followers recently and sold over 12 million copies on the Xbox 360 and 15 million copies on PC, and a total of 54 million copies across all platforms this June. After Microsoft buying out the gameâs developer, Mojang, in an all-cash deal worth $2.5 billion, and winning over the gameâs intellectual property rights, its popularity is soaring higher by the minute.