Microsoft starts doing away with the Nokia brand 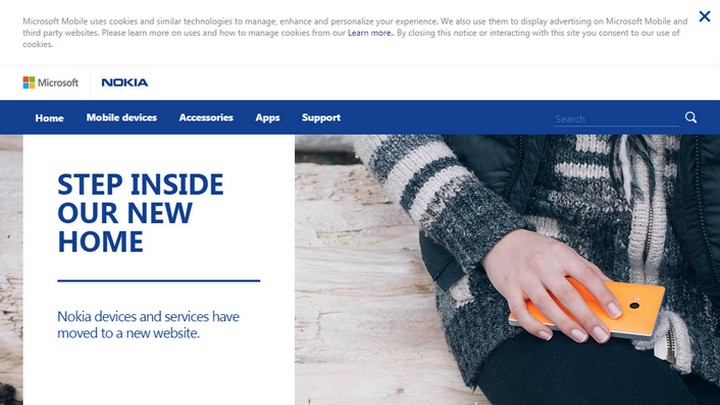 It seems like Microsoft is all set to rebrand its recent acquisition of the Finnish mobile maker Nokia, as it has reportedly started it with the moving of Nokiaâs website to an in-house URL.

Those visiting the UK version of Nokia website were redirected to a new page with the tagline, âStep inside our new home. Nokia devices and services have moved to a new website.â

Although the UK version has been hosted on a different subdirectory of Microsoftâs main website, the customized Nokia websites for other locations remain unchanged.

The links on the landing page lead to the Microsoft Mobile Devices homepage. The landing page missed the logo and there were very few instances where the word Nokia appeared while the page looked recently updated with information about the devices and offers.

The documents that were leaked shortly after the acquisition said that Microsoft will be done with the rebranding before November 2015 while it has rights to retain the brand name for its future devices for up to 10 years and for the X range of Android devices for until the end of 2015.

There hasnât been any official announcement from the company regarding whether or not it wishes to retain the Lumia brand for some time.

A recent idea shared by Microsoft CEO Satya Nadella has given rise to a number of rumours that that company might also rebrand the Windows Phone name as he said that Microsoft wants people to think of its OS as a unified operating system and not just one pertaining to a phone or PC. It is also said that the future devices will bear the Microsoft brand if not âNokia by Microsoftâ.

Notably, Microsoft is still keeping a part of Lumia alive by announcing Lumia 730 and Lumia 830 at IFA 2014.