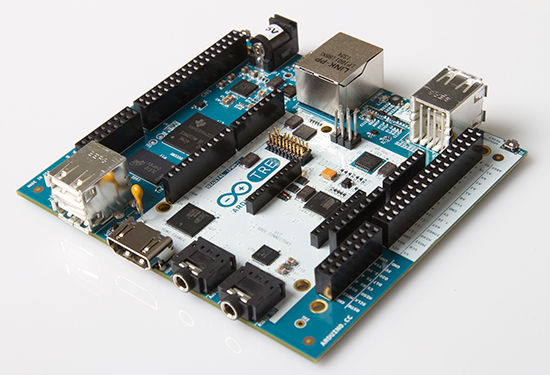 Arduino, one of the most sought after open source electronics board, will be more powerful now thanks to Texas Instrumentâs (TI) new ARM-based chip capable of clocking 1GHz speeds.

Massimo Banzi, co-founder of Arduino movement, along with folks from TI announced Arduino Tre â a new electronics board that features Cortex-A8 based Sitara AM335x processor capable of speeds in tune of 1GHz at the Maker Faire in Rome.

Intel showcased its Quark processor for mobile device â specifically wearable gadgets â earlier and it was believed that Intel might manage a strong comeback in the do-it-yourself and tinker community. But with Arduino rolling out TI AM335X powered Tre boards, there are all the chances that developers and tinkerers may go for ARM based boards as compared to those powered by Intelâs chip.

Up until now, Aruduino has been powered by 8-bit Atmega microcontroller chips from Atmel, which doesnât provide all the features that one would expect from a development board in current times. But, the TI chip will allow hobbyists, tinkerers to do a lot more with their Arduino boards â even run full-fledged Linux operating system.

According to Arduino, the new processor will enable the board to provide over 100 times more performance and that developers will be able to develop more powerful Linux based applications. Arduino TRE can now run high processing-intensive applications including high-speed communication. With this ARM based chip, Aurduino can also take on its cheaper rival the Rapsberry Pi. To main backwards compatibility, Arduino TRE will also feature an AVR microcontroller.

The open source developer boards from Arduino have been used for many different projects including gesture controlled lamp, and tactile weather-forecast device. The board can be hooked up to any number of sensors, motors, display and similar other components and is an ideal for students in electronics faculty.

Ability to run Linux will take Arduino to a whole new level allowing it to fun better and more powerful software.