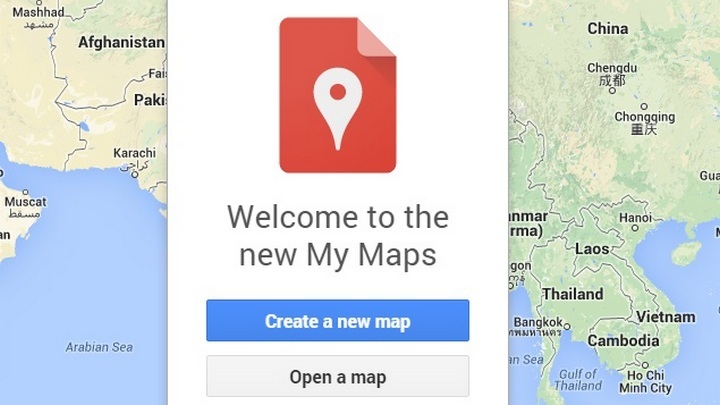 Google has renamed the classic Maps Engine Lite app to My Maps, a name more suggestive of what the app actually does.

The app lets users create custom maps and share them with those on their network and with the public too. The app also has received a few new features to give users a better experience.

Further to renaming the app, the company has also promised to convert all the maps created so far using Maps Engine Lite app to the My Maps format before the end of this year. The app is ready to be downloaded on Android devices and has been already listed on Google Play.

Looking at the other changes, the icon has been changed to a Google Document style icon with a partly turned over map page. Users will be able to create maps, add photos of places and landmarks and also attach videos on the map for a better presentation.

In addition to these features, the app also lets users add Google images, YouTube videos and label the landmarks directly on the maps using different layers. Moreover, users can also download locations from a spreadsheet to organize a map to give it more personalized and share it like a Google Document.

While users are allowed to download the My Maps app, the old users who have been using the Maps Engine app will not be able to create, access or share maps created using the new app. Instead, they will have to download the app to start creating maps in the latest format.

Google in its announcement also noted that users can update the already saved maps to My Maps or wait for Google to do it eventually which it thinks will be possible some time before the end of this year.