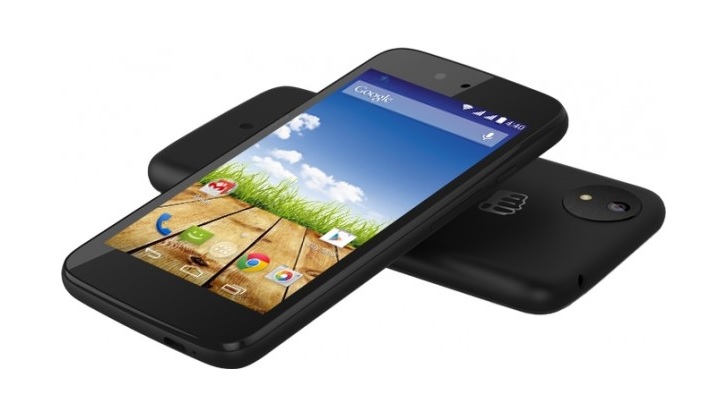 In a bid to offer ultra-affordable smartphones in emerging markets, Google has released the first batch of Android One smartphones in world’s second-biggest mobile phone market India.

Googleâs Android One initiative, announced back in June at the Google I/O, is aimed at designing and building “high quality, affordable” Android smartphones for developing markets. The first three Android One smartphones which made their way to Indian markets include the Micromax Canvas A1 [top image], the Karbonn Sparkle V [above] and the Spice Android One Dream UNO Mi-498 [below]. Currently listed on Amazon India, Flipkart and Snapdeal, all the three Android One handset features a 4.5-inch 854 x 480 resolution display, a quad-core 1.3GHz Mediatek processor, dual-SIM capability, 1GB RAM and 4GB of onboard storage along with a microSD slot.

The phones will run on stock Android 4.4 and will come with Google Play Store installed. The handsets will receive guaranteed software updates for two years directly from Google s without manufacturer interference. The search engine giant has also promised an Android L update for the currently KitKat-powered phones soon.

Google, in collaboration with Android One manufacturing partners Acer, Alcatel, ASUS, HTC, Intex, Lava, Lenovo, Panasonic and Xolo, is expected to roll out more affordable Android One smart phones in other developing countries towards the end of 2014.