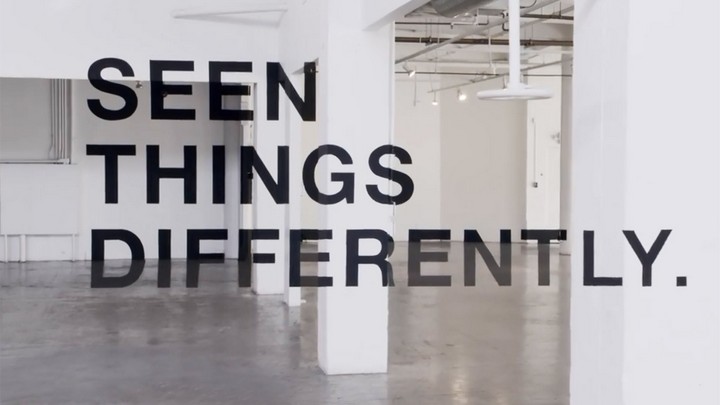 Apple drew the curtains on the media event that generated a worldwide buzz on September 9 with a video titled âPerspectiveâ that preceded the launch of iPhone 6 and iPhone 6 Plus.

Touting the promotional video as a tribute to the ones âwho have always seen things differently,â Apple essentially packed the vision behind its latest offering within the 3-minute-long video.

Moving across a white room, the camera draws a long, continuous shot reaching angles, where random shapes and colours take the form of inspirational words that help Apple chalk out its message to the public.

However, the video has already started garnering flak on account of the charges of plagiarism slapped against it. Crying foul, OK Go is claiming that the concept of the audio-visual has been borrowed from the bandâs music video of âThe Writingâs on the Wallâ.

Known for their quirky and often-elaborate music videos, OK Goâs first single for their fourth studio album âHungry Ghostsâ had released on June 17 this year accompanied by the impugned video that crossed over a million views within a single day and went on to win the â2014 Video Music Awardâ for best visual effects.

Quite interestingly, 1stAveMachine â the company that produced OK Goâs music video â had also been hired by Apple for the September 9 launch.

The likeness was brought to notice by band manager Andy Gershon. While it is indeed difficult to overlook the uncanny resemblance between the visual tricks employed by Apple in âPerspectiveâ, considering that art is driven to inspire, it is quite a challenge to resolve whether âcopyingâ is truly the work one should ideally be looking for.

However, Gershon begged to differ when he said that the parallels between the videos cannot be a mere case of inspiration, but is an instance of plagiarism. He added, âThe videos speak for themselves, and you can draw your own conclusions.â

Perspective jumbles, which have been around for a long time now, do not derive their existence from OK Goâs music video. That puts Apple in a safe zone, especially in the light of reports surfacing that the band is exploring the legal options available before it. Given that styles or techniques are generally kept outside the domain of copyright, the options seem to tilt in Appleâs favour.