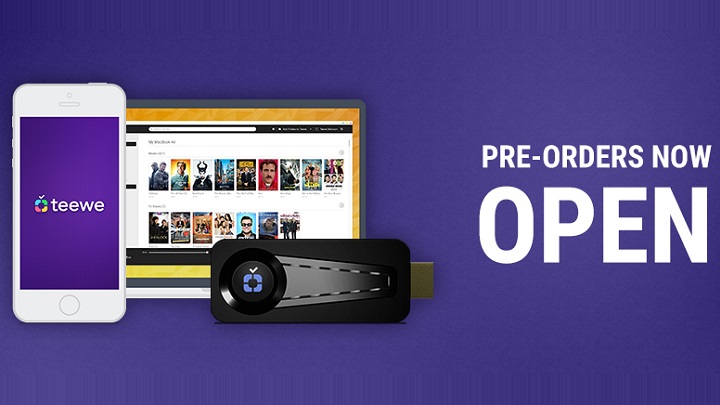 Snapdeal, an online deals website and e-retailer, has introduced a Chromecast-like dongle dubbed âTeeweâ in India for INR 1,999 (~$33). The dongle will go on sale starting September 6.

Akin to Chromecast, Snapdealâs Teewe dongle can stream media from the Internet to the TV. All that a user has to do is simply inset the dongle into the TVâs HDMI port. The HDMI extension cable, along with a micro-USB charger comes free along with the Teewe dongle.

Snapdealâs latest offering allows its users to stream web content like YouTube videos, besides letting them access movies, photos and music stored on the PC as soon a connection is established with the same Wi-Fi network. The e-tailer is claiming that the device is compatible with Android and iOS, Windows and Mac operating systems.

The dongle is controlled by the Teewe app that has to be downloaded on the smartphone before playing any content on the TV. This app accesses data from the phone, besides using media saved on the connected laptop. In addition to streaming YouTube videos, it also boasts of a âTV showsâ section that enables its users to catch up on TV shows.

Having unveiled âLaunchpadâ in April this year, Snapdeal has built a platform for innovators across the country to reach out to the public and endorse and sell their products. Snapdeal has already launched a smartphone and a sports cam earlier this year under the aegis of this initiative.