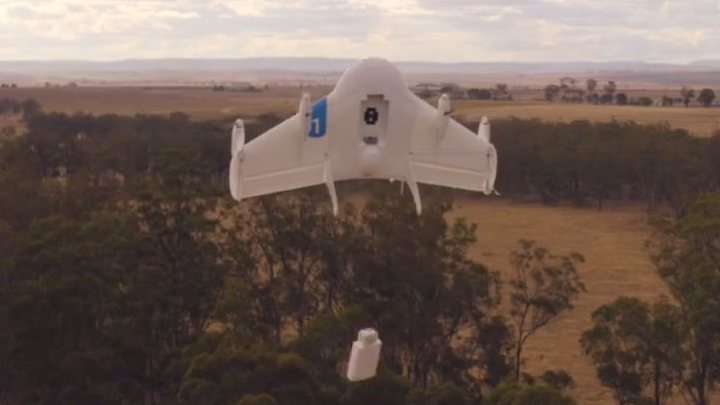 One of Googleâs pursuits termed as moonshots by CEO Larry Page, Project Wing which aims to deliver items through drone, was recently tested for commercial use in Australia.

The test included a drone standing 2 1/2 feet tall with a delivery box fitting in the middle flying at an altitude of 130 feet. Two farmersâ orders of candy bars, water, dog treats, and cattle vaccines were delivered through the drone in Australia.

Google announced in 2011 that it is testing a drone delivery service and hired Massachusetts Institute of Technology professor Nick Roy specializing in aeronautics and astronautics to build the prototype of the drone. After the prototype was completed, Roy went back to MIT, while automated aviation systems veteran Dave Vos has taken charge of Project Wing with the responsibility to make it into a commercial project.

Facebook and Amazon are already developing and testing similar services. Although the companies are enthused about developing drones to distribute supplies via drones, the Federal Aviation Administration has strict regulations governing the use of airspace for commercial drones.

The project involves precise use of navigation to find the shortest possible route to the destination and deliver the orders without disturbing the people in the locality. Google also has other such projects in the development phase such as the driverless cars and contact lens to measure blood sugar of the user.