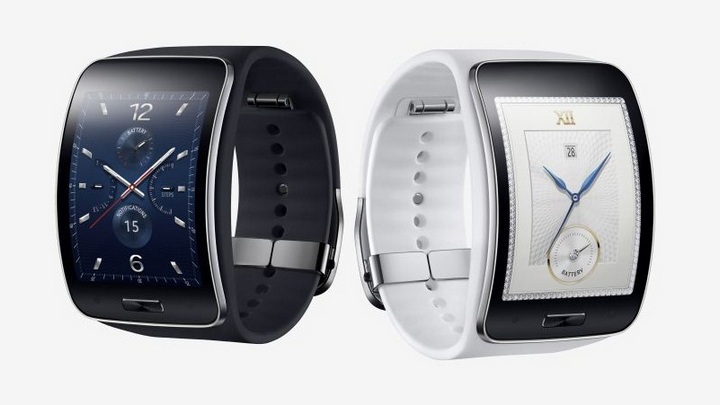 Samsung has finally taken the wraps off its curved Gear S smartwatch just a week ahead of its unpacked IFA event scheduled for September 3.

Announcing the launch, JK Shin, CEO and head of IT & mobile communication at Samsung Electronics, said that the company is leading the exciting and rapidly developing wearable category through progressive innovation.

He said that the Samsung Gear S redefines the idea of the smart wearable and the culture of mobile communication. The new smartwatch will let consumers live a truly connected life anywhere, anytime, Shin added.

Powered by a 1GHz dual-core CPU coupled with 512MB of RAM, the Tizen-based wearable device features a 2-inch curved Super AMOLED display with a resolution of 480 x 360 pixels and packs 4GB of internal storage. Backed by a 300mAh Li-ion battery, which is rated to deliver 2 days of charge usage under normal conditions, the Gear S is IP67-certified that makes the smartwatch resistant to water and dust.

The Gear S supports 3G, Wi-Fi, and Bluetooth connectivity which will allow users to stay informed with seamless notifications from social networks, calendars and applications even when they donât have their phones with them.

The smartwatch will allow users to instantly reply to incoming messages using the onscreen keyboard, or utilize enhanced S voice functionality to complete urgent tasks. Furthermore, the new Samsung Gear S will let users make and receive calls directly from their wrist, or get calls forwarded from their smartphones.

The Gear S will come equipped with some of the features including turn-by-turn pedestrian navigation provided via Here Maps, a 24-hour news service from the Financial Times, advanced reading technology from Spritz, a music player and photo gallery, a Nike+ Running application, S Health features, and more.

Samsung has also announced the Gear Circle which when paired with a smartphone, will let users easily pick up calls, listen to music and make voice commands.

Both the Samsung Gear S and the Gear Circle will be available globally beginning October through Samsungâs retail channels, e-commerce sites and carriers. However thereâs no word on pricing yet.