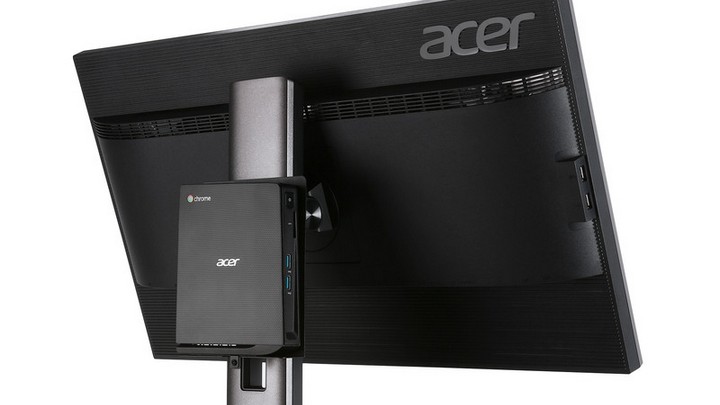 Acer on Thursday launched the new Chromebox CXI series to hit the market shelves by next month. Chromebox CXI series, adding to the companyâs Chromebook line-up, is said to boot up at a measly 8 seconds and would resume quite fast easily from sleep mode.

The Chromebox CSI has the Chrome OS placed inside a small enclosure measuring about .6 litres in volume and operates using Celeron 2957U dual-core 1.4 GHz processor. The device has a 16GB solid-state drive and comes in two variations of 4GB and 2GB RAM respectively.

Besides the basic features, the Chromebox also offers developers the advantage of installing a single app on several Chromeboxes with a single click. This ensures that the Chromebox is always up-to-date for its users and the software is updated from time-to-time.

The Chromebox also comes with several pre-installed web apps in addition to more than 30,000 additional apps, themes and extensions which could be downloaded from Chrome web store.

The Chromebox has been certified by Citrix thus making it a thin client that delivers virtual remote desktops and applications on a single platform.