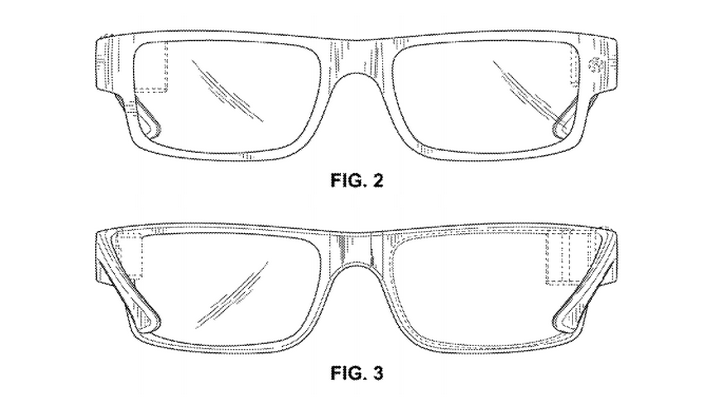 Google has been trying to revamp the look of Google Glass for quite some time and the latest report claims that the company has likely succeed in improvising the design, according to the patent images leaked.

The patent D710,928 S granted to Google by the USPTO earlier this month to Google Glass creators Mitchell Heinrich and Eliot Kim shows an image with a sleeker design for a Glass which is more discrete about the appendage that was seen on the previous version.

Google Glass which is still in the experimental prototype phase has its projector protruding from the frame giving the wearer a âjust jumped out of a sci-fi movie lookâ as described by some experts earlier. However, the new patent shows that the projector has been neatly tucked inside the frame located near the hinge at the right side, making it look like a normal glass.

The arms are still visible but they appear flatter in the image, making it look more like a normal glass when fitted with shades or prescription glasses.

Heinrich a co-creator of the Glass is said to have led the consumer packaging development in addition to the development of human factors numerical and physical models and co-developing the bone conduction audio system. He has also developed a broad range of high and low fidelity prototype development.