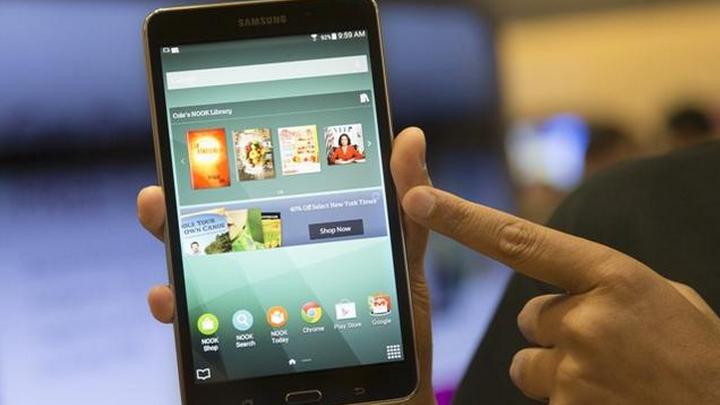 Barnes & Noble, in collaboration with Samsung, has launched the new Galaxy Tab 4 Nook tablet with a price tag of $179 at Union Square in New York on Wednesday.

After a small break in making tablets, this is Barnes and Nobleâs first product for the year that is all set to hit the markets with a sleek and slender design, featuring a 7-inch HD display, quad-core processor, a 3-megapixel rear camera, a 1.3 megapixel front camera, and 8GB of storage (expandable). Powered by Android 4.4 KitKat, the device is thinner compared to its predecessors and is available in 2 colour variants – black or white.

Barnes & Noble CEO Michael Huseby, unveiling the product at Union Square, claimed it to be the “Very best Nook yet.”

Joined by Samsung President Tim Baxter on stage, Huseby revealed that Barnes & Noble and Samsung had joined hands in order to bring a device that would present to readers the best of what a tablet and an e-book reader would offer in combination.

Huseby said that this Nook would come with $200 worth of content and Barnes & Noble would also offer free Wi-Fi for Nook owners at all its stores. Readers can access and read all books when at Barnes & Noble stores and shall also receive free in-store customer service for Nook set-up and support.