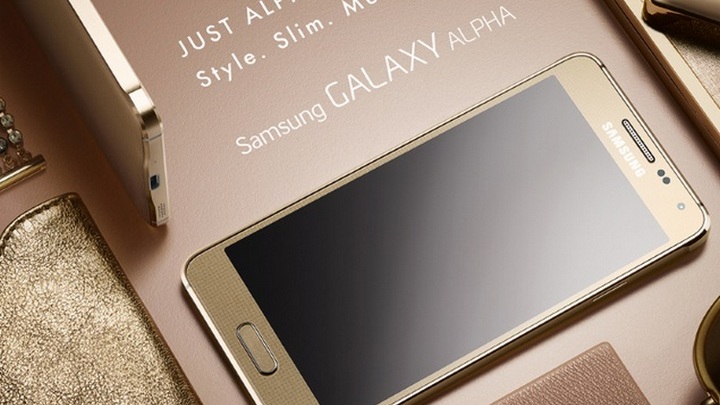 While speculations pointed to a September release, Samsung has taken the tech world by surprise with the launch of much-awaited Galaxy Alpha touting a metal frame.

Galaxy Alpha comes with curved edges and a tactile soft back cover. With just 6.7mm thickness, it becomes one of the superslim smartphones from its maker, tipping the scale at 115 grams. Notably, this is the first time the Korean giant has launched a smartphone with a metal body.

The phone features a 4.7-inch HD super AMOLED display offering a resolution of 720 x 1,280 pixels just as rumoured. It packs Samsung’s Exynos octal core processor – 4 ARM Cortex-A15 cores clocked at 1.8GHz and 4 Cortex-A7 cores clocked at 1.3GHz, along with 2GB RAM. Its built-in memory offers up to 32GB of storage space while it lacks a micro SD slot to extend the phoneâs memory. The smartphone also features a 12-megapixel rear camera with 4K video support and a 2.1-megapixel front camera.

The Galaxy Alpha runs Android KitKit 4.4 and includes features such as ultra-power saving mode, S Health application, and private mode. It also sports a fingerprint scanner as expected with latest devices and the phone is also compatible with Samsung Gear Fit, Gear 2 wearables and Gear Live. Included in its specs is a heart rate sensor, a thoughtful inclusion considering the health apps to use with the health monitoring wearables paired with the device.

CEO and Head of IT & Mobile Communication JK Shin said that the device was designed to offer both âbeauty and functionalityâ with the same hardware and features expected from a flagship device from Samsung.

Initially, they will hit shelves in September in charcoal black, frosted gold, sleek silver, scuba blue and dazzling white colour variants. Samsung has not yet revealed the pricing information or availability in different markets, but rumours have it that the smartphone will carry a hefty price tag of $689.