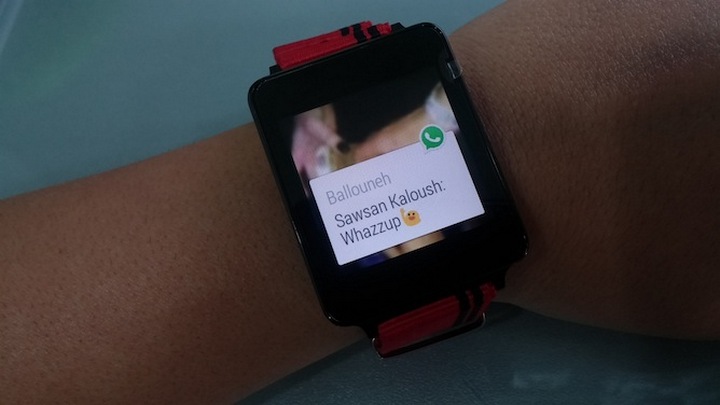 WhatsApp becomes one of the early adopters of the Android Wear environment with a new update that brings tighter integration with smartwatches running Android Wear.

The updated app notifies users of new incoming messages on their smartwatch and lets users reply to the message directly from the watch. Interestingly, users just have to dictate their replies to their smartwatch.

Currently, Samsung and LG have already released wrist-worn devices running Android Wear both of which will support WhatsApp once users update the app on their smartphones.

The new WhatsApp for Android version can be downloaded from the companyâs official website. Generally, the company brings the latest versions to their website before bringing them to Google Play and other platforms.

When multiple messages are received, the notifications are stacked up so that none of them miss the attention of the user. In case of group chats, the names of the individuals pop up to know who sent the message.

Swiping on the message lets users dictate the reply which will then be sent directly from the smartwatch. The entire incoming messages are displayed unlike other notifications that shorten the message to fit the small screen. Users can scroll through the message and read the whole message on the display of their watches without touching their phones.

The release version is expected to take some time before landing on the Google Play store.