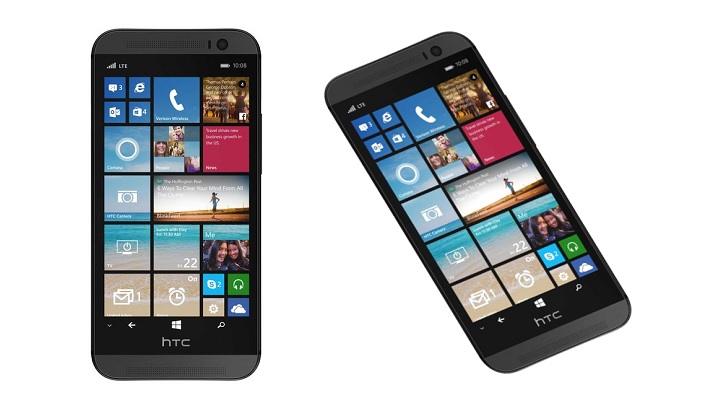 An image of the alleged Windows Phone 8 powered HTC One (M8) has emerged on Verizonâs servers indicating that the rumours of a Windows Phone from the Taiwanese manufacturer could prove to be real after all.

Featuring a design similar to the Android powered One M8, the all-metal Windows Phone variant of the smartphone seems to pack a speaker grill at the bottom that has been pushed down â a move that seems to be an intentional design differentiation to keep it a little different from the Android variant.

We are not too sure about the hardware specifications, but considering that Microsoft recently tied up with Qualcomm for a programme under which Android smartphone manufacturers using Qualcomm chips can easily port Windows Phone OS on their Android goodies we can safely speculate that the handset could feature a high-end Qualcomm chipset.

As far as connectivity options are concerned the M8 is expected to feature 4G LTE, Bluetooth 4.0 LE, NFC, and Wi-Fi.

From the leak, it doesnât seem that HTC has gone for any customisation of the main tile based UI, but it does show HTCâs BlinkFeed â a custom home screen experience on the Android variant that intelligently pulls news and social streams and displays them to the user.

HTC is hosting a press conference on August 19 in New York City and we expect it to unveil the Windows Phone powered M8.