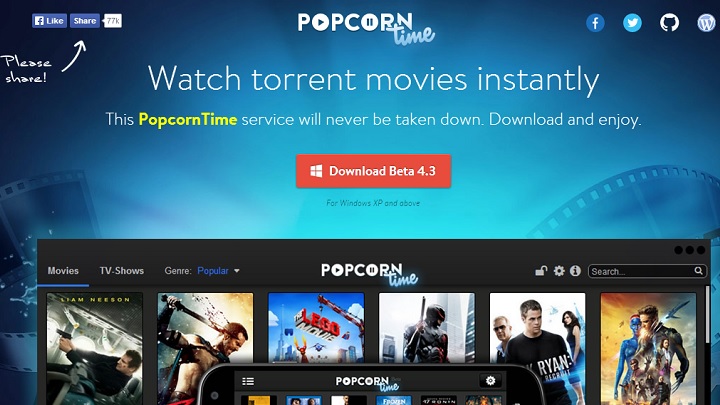 Popcorn Time, which became an instant hit after it was released, has evolved to the next level with support for Apple TV and an iOS app to be released soon.

With support for Air Play, users will be able to stream movies directly to Apple TV and other supported devices without any special requirements. Though only available for Windows users as of now, Popcorn Time has promised to bring the feature to Mac and Linux platforms in weeks to come.

The original app was shuttered just weeks after it was released, but forks cropped up because of the novelty of the app. Air Play support has been incorporate in one of the most popular Popcorn Time forks and the developers have revealed that they are working to bring iOS app as well.

âOur ultimate goal is to bring Popcorn Time to every platform, operating system and device that can play videos, so Airplay is one particle of a huge revolution weâre making to the torrents and movies world online,â said the time4popcorn.eu team to Torrentfreak.

The team has said that this is just a beginning for them and that more surprises are in tow. The team has confirmed that the iOS app is already working beautifully in the development environment and it will be released publicly in August.

Popularity of Popcorn Time has already garnered attention of the MPAA, which has already managed to get two popular forks removed from Github.