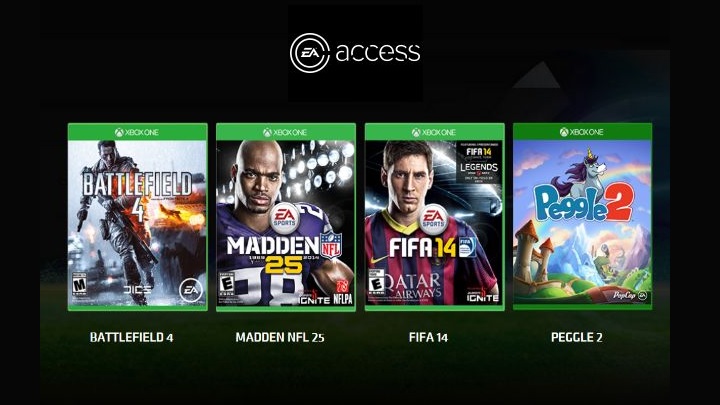 Electronics Arts (EA) on Tuesday announced a new subscription plan dubbed ‘EA Access’ for Xbox One owners that will allow them to access games at just $4.99 (Â£2.94, AU$5.31) a month.

Subscribers to the new âEA Accessâ plan will be offered unlimited access to the Vault, which a collection of digital EA games. The first four games included in the Vault are FIFA 14, Madden NFL 25, Peggle 2, and Battlefield 4, but EA promises to add more titles to the list in the near future.

The game maker claims that with the new plan gamers will get access to games of worth more than $100 for just $5 a month.

EA Access subscribers will also be offered trial access to new titles like Madden NFL 15, NHL 15, FIFA 15, NBA Live 15 and Dragon Age: Inquisition, five days ahead of their actual launch date. In addition, subscribers will also be able to save 10 percent on digital EA goods purchase through the Xbox Games Store, irrespective of whether the game is a new one or a season pass like Premium for Battlefield 4.

EA Access is expected to go live on Xbox One in the US, UK and other countries this summer. Thereâs no word yet on the subscription plansâ UK pricing. EA Access Membership will be available through Xbox Live, and will also be available in-store at GameStop and online at Amazon.