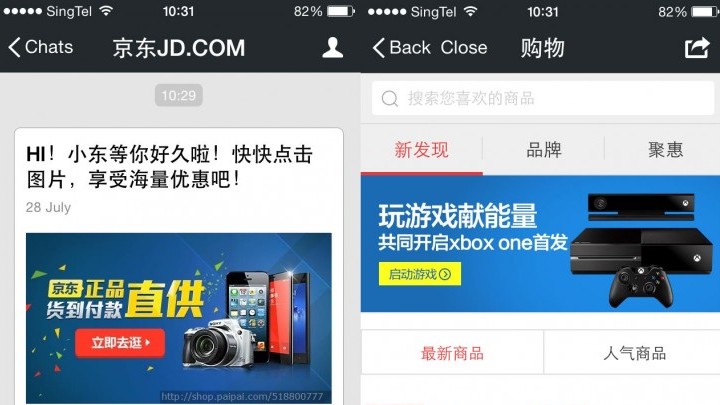 JD.com on Monday announced that it has begun taking pre-orders for Microsoftâs Xbox One game console in China starting today until July 30.

The Beijing-based e-commerce giant has signed an exclusive contract with Microsoft to accept pre-orders for the Xbox One console. As a part of the agreement, JD.com will accept pre-orders from Tencent Holdings’ mobile social networks â Mobile QQ and Weixin (the Chinese version of WeChat).

Tencent’s Weixin and Mobile QQ users would be required to deposit a sum of 499 Yuan ($81) to get an Xbox One console reserved for them exclusively, days before pre-orders for other Chinese consumers begins on July 31. Although the actual pricing of the Xbox One is yet to be disclosed, the gaming console is expected to cost consumers up to $500.

The Chinese government had imposed a ban on sale of gaming consoles in the country in 2000, citing gamesâ adverse effects on mental health. The ban however was pulled back earlier this year. Microsoftâs Xbox One will be the first to hit Chinese market post ban.

JD said it will also start accepting pre-orders for the Xbox One on its website from July 31. China Telecom also announced on Friday that it would start selling Xbox One in September.

The news comes in less than five months time after Tencent purchased a 15 percent stake in JD.com.

Microsoft is expected to reveal more details on the Xbox One launch in its ChinaJoy conference scheduled this week.