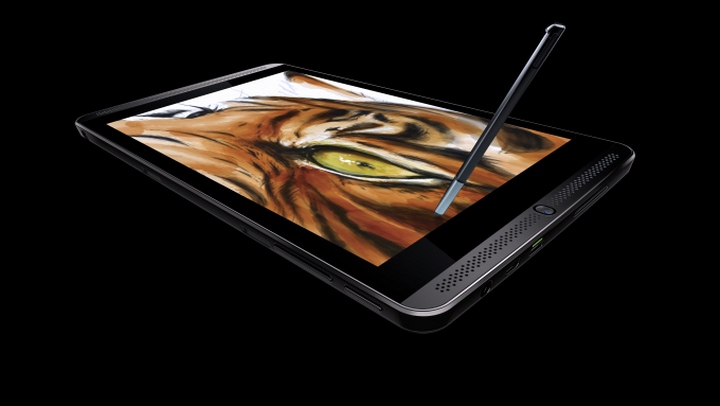 Nvidia on Tuesday announced the launch of its new handheld device dedicated to gamers dubbed the Nvidia Shield Tablet.

Announcing the launch, Jen-Hsun Huang, Nvidia’s CEO said that the Nvidia Shield tablet has been created specifically for hardcore gamers. He added that the tablet has been designed to give exceptional performance and unique gaming capabilities to offer even the most avid gamers an ultimate gaming experience anywhere they play.

This is Nvidiaâs second Shield device, the first being the Nvidia Shield Portable launched last year. The USP of the new Shield tablet is its Tegra K1 processor with 192 GPU cores which are identical to the ones used in Tesla supercomputer accelerators.

The 8-inch Android tablet features 2GB of RAM, a 1,920 x 1,200 pixel display, a microSD slot for up to 128GB of storage expansion, a 5-megapixel front-facing camera, a 5-megapixel autofocus rear camera, a stylus based on Nvidia’s DirectStylus 2 technology and front-facing stereo speakers. The Shield tablet will yeild 10 hours of battery life for video playback and 5 to 6 hours for gaming. It weighs 390g and is 9.2mm thick.

The graphics chip maker has confirmed that the device will receive over-the-air updates to bring new capabilities for better performance. The tabletâs Twitch integration will allow players to stream almost any app, game, or part of Android interface.

Nvidia also announced the Shield Wireless Controller which uses Wi-Fi Direct rather than Bluetooth to connect with the tablet. The wireless controller will retail for around Â£49.

Regarding pricing and availability details of the Shield tablet, the maker said while a version of the tablet with 16GB of storage will retail for Â£229/$299, a 32GB version with an added 4G chip will cost Â£299/$399. The tablet is expected to land in US on July 29, with a Europe and UK launch to follow in August.