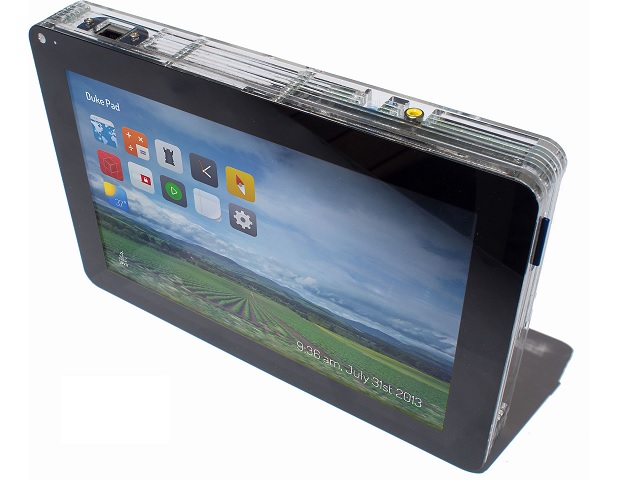 DukePad, as Oracle claims, is not a product and it has been designed as an open source do-it-yourself project and it will be released as “freely available set of plans and software for assembling your own tablet using off the shelf components.”

Applications designed for the tablet are built and exposed as JavaFX OSGi modules, which run on Eclipse Equinox. Oracle has provided a full set of instructions to all those who are looking to setup their own tablet environment including things such as configurations, software downloads, links to hardware used in the prototype.

DukePad features a 10-inch touch screen, 16GB storage, 512MB RAM, Wi-Fi, embedded camera and is enclosed in a custom case. The prototype has 512MB RAM equally split between video and system memory; however, Oracle notes that 256MB RAM should also suffice and can be split in similar way.

Oracle has also detailed on the project’s wiki page high-resolution templates for the caseâs design. The cost of a fully assembled tablets comes to about $350 and its thickness comes to about 2-inch, which by todayâs tablet standards may be a little on the thicker side of the spectrum.

DukePad may be offered as a product as well in near future and for that, as Oracle notes on the wiki page, the team is “working with Special Computing to provide pre-built kits that can be ordered.”

You can download the source code for the DukePad from OpenJFX repository and find the detailed instructions for building one for yourself on the wiki page here.