Google maps London in 3D with spectacular views of landmarks 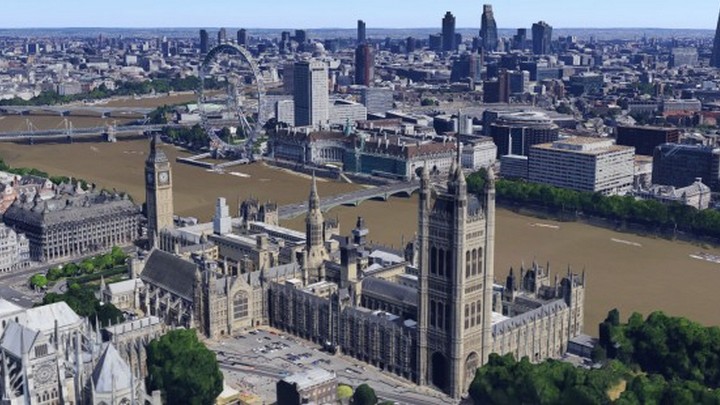 Google has rendered much of the UKâs capital city, London in 3D bringing the skyline to life, making it the fifth city in the UK to be recreated in 3D in Google Maps and Google Earth.

The 3D London map now allows users to fly across the city and have an accurate and realistic view of some of the cityâs famous landmarks and iconic buildings including the Houses of Parliament, St Paul’s Cathedral, Big Ben, the Shard and the London Eye.

The 3D maps can be panned, zoomed, tilted, and rotated by users to get a stunning detailed view of the landmarks.

Google said that the online mapping experts recreated the capital in stunning 3D using 45-degree aerial imagery. Not only famous landmarks, but every building, the terrain, and surrounding landscape of trees have been included in the 3D map for a realistic experience of the city.

London is the fifth UK city to be recreated in 3D, following Birmingham, Leeds, Reading and Stoke on Trent.

The search engine giant began adding texture to buildings back in 2006, but it started mapping the world in 3D, only two years back, using an automatically generated mesh to work out the shape of each structure.

Devices that support maps in 3D includes dual core Android phones and tablets running Android 2.3 or later and iOS devices including the iPad 2 and iPhone 4S and later.

London 3D map is available on Google Maps and Google Earth from 7am London time on Thursday.