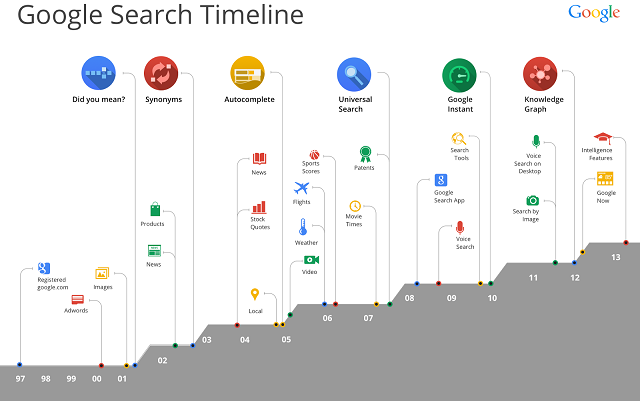 The update was rolled out sometime last month and according to Google the update affects as much as 90 percent of worldwide searches performed using Google. Existence of such an update was disclosed to members of the press at an event held in the Menlo Park, California garage where the company was started 15 years back by CEO Larry Page and co-founder Sergey Brin.

Google claims that the âHummingbirdâ update is one of the most dramatic ones to its search algorithm since the âCaffeineâ update it applied three years back.

According to Amit Singhal, Senior Vice President â Google Search, âHummingbirdâ update is Googleâs effort to keep pace with evolution of Internet and the way in which it is used today. Through the update, Google search will match queries typed in by users to the documents available on the Internet and return the most appropriate results.

In a separate blog post, Singhal detailed some of the new features that have been incorporated in Google search. First and foremost is the ability to compare and apply filters in Googleâs knowledge graph.

Singhal noted that using the new features users can now get answers to questions which actually done have a single simple answer. Users can even query Google for comparisons, for example âCompare butter with olive oilâ, and thanks to the new comparison tool, users can actually come up with their own answers.

âYou can try this for some other things you might be curious about, such as dog breeds (âcompare pekingese vs. chihuahuaâ) or celestial objects (âcompare earth vs. neptuneâ)âand weâll keep adding moreâ, Singhal noted in the blog post.

Google is also including features that would ensure that reminders set on one device will alert users across all the devices he / she owns. âSo if you tell your Nexus 7, âOK Google. Remind me to buy olive oil at Safeway,â when you walk into the store with your iPhone, youâll get a reminder. Weâll also show you Google Now notifications so youâre not late to your cooking classâ, notes Singhal. Apps for iPhone and iPads that will support this feature will be made available within next few weeks.