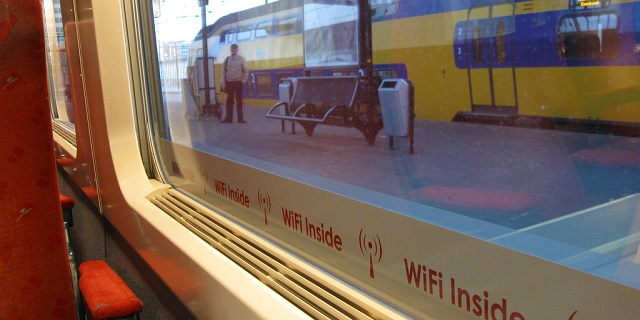 Government has proposed a Â£90 million onboard Wi-Fi upgrade for existing UK train network in a bid to provide commuters with free wireless internet which is 10 times faster than current speeds.

The proposed scheme will see commuters on some of the busiest routes in the UK benefited with access to reliable and faster Wi-Fi internet within three to four years. The upgrade is likely to benefit passengers travelling into London from Bedford, Brighton, Kent and Portsmouth as well as those travelling on trains into Manchester, Leeds as well as Sheffield.

Fines imposed on Network Rail for missing punctuality targets will be the primary source of funding for the proposed Â£90 million upgrade.

The project is slated to being immediately and is expected to complete by 2017 â before the end of the ongoing upgrades of railway tracks.

The service will be free and the internet and bandwidth of the new service will be as per expectations of commuters and at least 10 times faster than the current speeds that they currently experience on trains. The government is expecting the service to be free unlike other lines where commuters are charged by the hour.

Transport minister Baroness Kramer said that the government is working hard to build an economy that is stronger and a society that is fairer.

âToday’s announcement that we are providing free wifi on trains means people can more easily work and keep up with friends while on journeys.â

However, the proposal has already faced criticism from RMT union. Unionâs acting general secretary, Mick Cash said that the performance fines to be imposed on Network rail âwill come straight out of safety critical maintenance and renewals budgets and diverted into the pockets of the greedy private train companies to finance Wi-Fi services on their trainsâ.

âThis is a total con trick instigated by the government that will come back to haunt the travelling public”, he added.