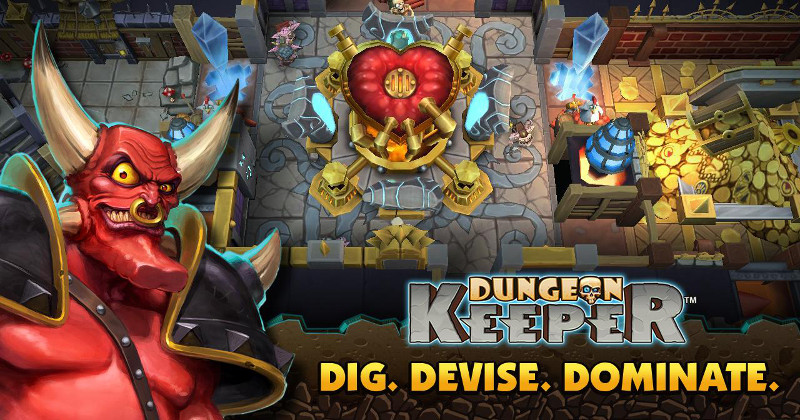 Electronic Arts advert for Dungeon Keeper, a defence-strategy mobile game, has been banned by the UK Advertising Standards Agency on the grounds of misleading players with the âfree-to-playâ tagline.

The ad in question stated âGET DUNGEON KEEPER ON MOBILE FOR FREE!â which is technically true. Dungeon Keeper is available for free to download on iOS and Android stores, since its launch. However, the gameplay timers prevent them from playing the game, unless in-app purchases are made to complete different missions and tasks.

A gamer filed a complaint with the ASA over the email ads about Dungeon Keeper, who understood that the gameplay was âseverely limitedâ but âchallenged whether the ad was misleading because it omitted significant information,â as there wasnât any indication of costs involved other than wireless fees.

ASA in its ruling against the EA email campaign, said that the ad was misleading as it failed to make the ârole of in-app purchasingâ clear and the game had the potential to ârestrict gameplayâ beyond a limit.

EA in defence said that anybody could download the app for free and an âaverage playerâ expects in-app purchases.

EA further claimed that âgameplay without in-app purchasing is not severely limited,â noting that all the features promoted in the ad are available for free play and that ânot all of them were gated by a timer.â

ASA did not accept EAâs defence and said that it understood that average player will âappreciate that free-to-play games were likely to contain monetization functions,â but will also expect the gameplay experience to be not âexcessively restricted.â

ASA acknowledged âtimer mechanismâ to be an important and legitimate part of a gameplay, but said that the mechanism in Dungeon Keeper with the monetization functions has created a gameplay experience for the non-spending players that âdid not reflect their reasonable expectations from the content of the ad.â

Dungeon Keeper is a sequel to the classic 1997 PC strategy game. Designer of the original Dungeon Keeper, Peter Molyneux spoke against the sequel shortly after its release that he just wants to make a dungeon and not to wait for âsix days to come back for a block to be chipped,â referring to the long waits games have to face, unless they spend gems.